Who is Heather Tom's Husband?

Heather Tom is in a happily married relationship with her husband, James Achor. The couple got married officially on September 17, 2011.

They are blessed with a son named, Zane Alexander who was born on October 28, 2012. Zane portrayed the role of Will Spencer, the on-screen son of Tom in the series, The Bold and the Beautiful.

The couples together are the owner of a design business, Tight Rope Designs, and have redecorated various houses in the Los Angeles area. InStyle and Elle Decor magazines have featured their works too. 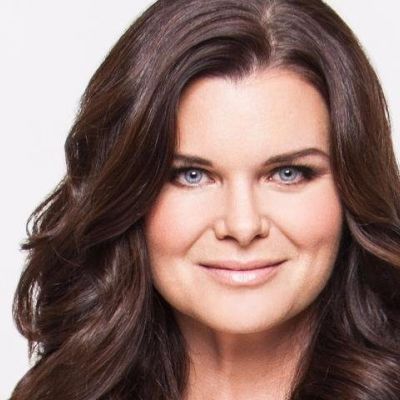 Who is Heather Tom?

She rose to prominence after appearing in soap operas like The Young and the Restless as Victora Newman, as Cramer on All My Children, and One Life to Live.

Her appearance on The Bold and the Beautiful as Katie Logan earned her a record-tying six Daytime Emmy Awards.

Heather Tom was born to her parents, Charles Tom and Marie Tom on November 4, 1975. Tom is 46 years old as of 2022 and his ethnicity is Caucasian. According to the horoscope, Scorpio is her birth zodiac sign and she maintains an American nationality.

She was born and raised in Hinsdale, IL, the U.S. with her two younger twins brothers named, David and Nicholle Tom. They are also actors by the profession.

Along with her brother, David she was in the nomination of Daytime Emmy Awards in 2000. Tom went to Lee Strasberg Theater and Film Institute. Later, she joined Young Actor’s Space.

During the early stage of Tom’s career, she made a guest appearance on the episode of Kids Incorporated and Who’s the Boss? She was cast as Victoria Newman on The Young and the Restless.

Before leaving the show, she portrayed Kelly Cramer on One Life to Live and All My Children which aired on ABC.

From 2007, she rose to fame after appearing as Katie Logan on The Bold and the Beautiful which gained her nominations for Outstanding Supporting Actress in 2007 and 2008 while she won the title in 2011.

She made guest appearances on Ugly Betty and Monk working in both New York and the West Coast.

The net worth of Heather Tom is estimated to be around 4 million USD. However, his salary and income are not revealed yet.

Heather Tom has not been part of any rumors and controversies. She has maintained a clean profile.

Heather Tom has a slim body with 5 feet 7 inches in height. She weighs around 57 Kg. Additionally, talking about her body measurements they are 33 inches Bust size, 24 inches Waist size, and 33 inches Hips size. Her dress size is 6 (US).

Tom has brown colored hair with a couple of blue eyes.

Heather Tom is highly active on social media platforms with a huge fan following. She has an Instagram account with more than 98.6K followers while her Twitter account is enriched with around 74.3K followers.

There is an official Facebook page under her name, Heather Tom which has garnered over 99K followers.