Heather Unruh is an Award-winning Journalist, Documentary Filmmaker, Silence Breaker, Human Rights Advocate, Artist. She is married and the mother of two children.

Heather Unruh is married to Nick Little. The tied marriage was held in New England. Also, the couple is blessed with a son, Will Little, and a daughter, Kyla Little. And currently, they live in Boston, Massachusetts.

So far, Heather seems to be satisfied with her marriage since there is no news about her affairs and family dispute. And for the time being, let us leave Heather and her family to live peacefully and happily as they are living right now.

Heather is an Animal Lover. 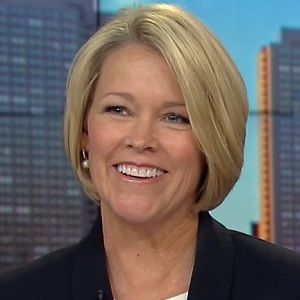 No man stands so tall as when he stoops to help a child.

Who is Heather Unruh?

Heather Unruh is an award-winning American journalist. She is also a filmmaker and human rights activist.

Her popularity mostly came as the news anchor for WCVB-TV. And, during her time in WCVB-TV, her most impressive news coverage can be seen in the Boston Marathon Bombing and Watertown Capture.

Heather Unruh is the child of Dee Unruh and she was born in Stockton, California. However, we are not aware of her birth date and her siblings’ identity.

Talking about Heather’s childhood, she has not shared many of her childhood details with us as of now.

As regards Heather’s academic qualifications, she is a graduate of Lincoln High School in Stockton, California. In addition, she attended DePauw University in Indiana.

Heather interned at News Centre 5, this made her interested in broadcasting. And during her long professional career, she has worked as an anchor and reporter for KFOR-TV, WVTM-TV, and WBNG-TV. In addition, she was a host and producer of a series for WVEU-TV.

However, her fame and success came from her work in WCVB-TV. Her 15 yearlong service for WCVB has been her greatest work so far. During her career at this channel, she has worked as a co-anchor and host for News Centre 5 and Eye Opener. And, some of her notable anchoring can be seen in the coverage of Boston Marathon Bombing, Watertown Capture, the conviction of Boston Mobster James Whitey Bulger, and several others. But she left WCVB in October 2016.

In addition, she has done many humanitarian works. And she is actively involved in fundraising and charity events. Mainly, she is associated with the MSPCA, Boston Medical Centre, and Go Red for Women.

After experiencing a long and fame deserving professional career as a journalist, she has been able to receive numerous awards.

She is four times Emmy Award winner. In addition, she has received the 2005 Sword of Hope Award for her coverage of Karen Grant.

Furthermore, she has Edward R. Murrow Awards and the Clarion Award under her name. And her biggest achievement has been receiving Grand Glacier recognition.

Her net worth is estimated to be $4 million and her annual income is $300,000. According to her salary and net worth, her lifestyle is quite luxurious. Also, she keeps investing in the areas she is interested in.

Recently, her involvement in Kevin Spacey’s sexual harassment controversy has made her come into the light of media. She tweeted that Kevin has assaulted someone she knew. And she is still actively involved in this controversial topic.

And as of now, there are no rumors about her personal and professional life.

Heather is a smart and good-looking woman. She has fair skin and has blonde hair. Furthermore, she has gray eyes. However, many other details of her body such as height, bra size, hips size, waist size, and weight are currently missing.

Heather Unruh, the journalist recently tweeted saying that Kevin Spacey has assaulted someone she knew! Click to view more about the controversy!