Heavenly Kimes is married to Dr. Damon Kimes. He is a pain medicine specialist.

She first met him at Meharry Medical College. Both of them got a degree from there. Right after college, they got married to each other.

Together, they have three children including two sons, Damon Jr and Zachary, and a daughter, Alaura. 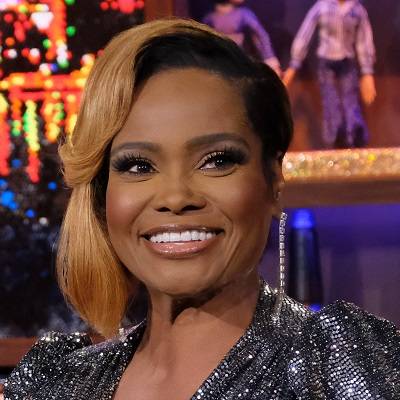 Who is Heavenly Kimes?

American Heavenly Kimes is a leading Atlanta-based dentist, author, and businesswoman. She is renowned as the main cast of Bravo’s Reality TV series, Married to Medicine.

Last, in 2015, she launched her latest book, The Business of Love. Also, she is the founder of Heavenly Dental Associates.

Heavenly Kimes was born on the 17th of November 1979 in Florida. She is of All-American ethnicity.

Till the date, she has shared emotional moments of her childhood including her mother and father. However, she has never named them.

Talking about her educational background, she is a graduate of the Florida A&M University with Honors in Biology with minors in chemistry.

Later, she joined Meharry Medical College. From the medical college, she earned a doctorate in Dental Surgery as a topper of her class.

Talking about her professional career, Heavenly Kimes is a leading dentist based in Atlanta for more than 17 years. She specializes in cosmetic dentistry, veneers, implants, Invisalign, and many more. She owns several clinics including Smiles By Dr. Heavenly. Also, she launched her own teeth whiting product, SmileChangers too.

Also, she holds the license as a real estate and insurance agent.

Apart from that, she also makes through her business ventures too.

On the 4th of May 2020, she apologized for her insensitive remarks toward’s Dr. Kendra Segura’s husband via her Twitter account. The matter is linked with the conservation that took place on the cocktail party when the ladies were having a discussion regarding the genitalia.

However, the moment got heated when the discussion headed towards the manhood enlargement. At the time, Kimes told Segura her husband probably needed it as he is Chinese. In response, Dr. Kendra said that all stereotypes are not true. Later, she came back with the statement Are You Sure?

Heavenly Kimes has black eyes with brunette hair. She stands at a height of 5 feet 5 inches and 71 kgs.

Recently, she shared her picture on Instagram where shared with imagining body transformation within the 10 years.

She also has a self-titled YouTube channel with more than 56.2k subscribers.

You may also read the bio of Sidney Starr, Damon Thomas, and Pressley Hosbach.