Hector Rodriguez is a happily married man. The name of his wife is Jade. Together, the couple is blessed with a daughter. 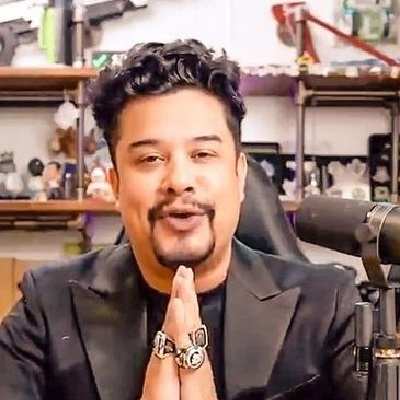 Who is Hector Rodriguez?

American Hector Rodriguez is YouTuber. Rodriguez is renowned for her versatile playing style and YouTube videos that went viral on the web.

Also, he is the founder and the owner of the Gaming Company, OpTic Gaming.

Hector Rodriguez was born on 9th February 1980 in El Paso, Texas, United States. However, he grew up mainly in Chicago, IL. He is of Spanish-Portuguese ethnicity. As of now, he is 40 years old. His Horoscope sign is Aquarius.

To date, he has not shared any details on his family background including his mother and father. His brother, Pedro is also a gamer. He has even played in the OpTic gaming team as OpTic Tumors. Details on his academics are not available.

He developed his love of gaming when he was just 13 years old. At the time, he started drawing graffiti when he was in High School to impress girls.

In late 2005, he began playing gaming mainly Call of Duty 2. Within a small time span, he became addicted to the game and Later, he played other games including Minecraft and Fortnite.

In November 2007, he started his career as an Account Analyst in AIG. However, he left the job in the following year and expanded his career in the field of YouTuber, and started managing his YouTube channel, HECZWE. At first, he used to upload mostly about the games.

Eventually, he shifted his YouTube content to challenge videos and vlogs with his OpTic Team that he founded in the year June 2008. In the present scenario, his YouTube content is mostly based on The Eavesdrop Podcast, MEXICANDY, EGG ROULETTE, and DAY IN THE WHATS? Currently, his YouTube channel has 938k subscribers with more than 153.3 million views.

He has brown eyes with brunette hair. He stands at a decent height and weight. However, details on his body measurements are not available.