Heidi Fleiss was in a relationship with her boyfriend, Dennis Hof. Dennis was also an American brothel owner, television personality, and political candidate. They were together since 2009.  Sadly, Dennis passed away in 2018.

Heidi was in a relationship with Bernie a long time ago when she hadn’t started her career. 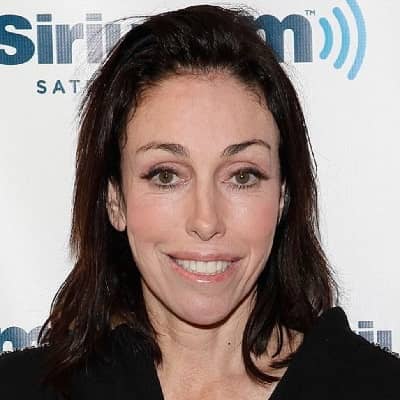 I don't recommend prostitution as a career, but if someone wants to do it, let them do it.

I took the oldest profession on Earth and I did it better than anyone on Earth. Alexander the Great conquered the world at 32. I conquered it at 22.

These are the richest people on earth that I'm dealing with. Their conception of money is totally different than yours or mine. They'll pay $3 million a hand at blackjack and have five hands going.

Look, I had the party, did the party, threw the party, was the party. I'm partied out. I live every day to its fullest and there is [the] lesson that I learned. I paid a very high price for a total disregard for the law.

Who is Heidi Fleiss?

She is also popular as the ‘Hollywood Madam’.

Heidi was born on December 30, 1965, in  Los Angeles, California. Her parents were Paul M. Fleiss and Elissa Fleiss.

Heidi’s father was a Jewish American pediatrician and sadly passed away on July 19, 2014. Her parents got divorced when she was young.

Heidi has two brothers, Jesse and Jason, and three sisters Amy, Kim, and Shana. Jason died of drowning at the Hawaii coast on Dec 28, 2009.

Heidi has her schooling from the school in her hometown and dropped out at the age of 16. She attended Valley College and later at Santa Monica College.

Heidi used to work as a waitress before she met Bernie Cornfeld. In 1987, she was introduced to Madam Alex and was learning to take over Alex’s business.  And it was in 1990, Heidi launched her own high-class prostitution ring and was popular as “Hollywood Madam.”

Later she decides not to open the brothel and opened a laundromat called “Dirty Laundry” in Pahrump in 2007. As well as, she opened a fashion boutique in Los Angeles. It was after she released from prison in around 2009.

Besides, Heidi now owns and manages the Flying S Ranch Ultralight Flightpark. It is an ultralight private use airport in Pahrump, with FAA designation NV54.

Likely, another TV series, Call Me: The Rise and Fall of Heidi Fleiss were produced in 2004. Heidi even was a contestant of the Channel 4 series Celebrity Big Brother, UK in Jan 2010.

Hedi has amassed a net worth of around $1.5 million.

Prosecutors claimed that Fleiss earned at least $300,000 income from her business. Other information regarding her earning is not available at the moment.

In June 1993, she gets charged by the state of California with five counts of pandering. The case went to trial and the jury members convicted three of the five counts. Similarly, she received the mandatory minimum sentence of three years in prison.

Although in a 1996 appeal, the conviction was overturned. The following year Heidi was sentenced to tax evasion and money laundering. At last, she received a 20-month sentence with  370 hours of community service. at the Federal Correctional Institution in Dublin, California.

Heidi has an average height of 5 feet and 8 inches.

Similarly, she has a beautiful face with dark brown hair and light green colored eyes.