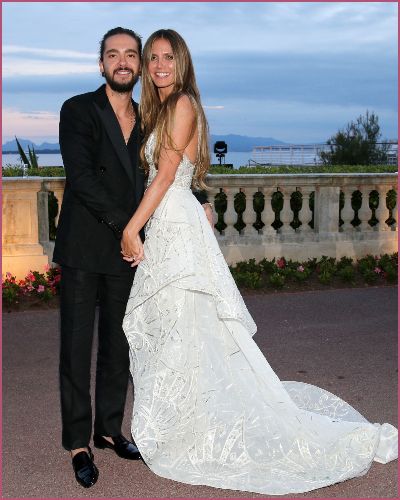 They say, third time’s the charm and Heidi Klum can totally relate to it.

The supermodel, 49, who recently celebrated her third wedding anniversary with her husband Tom Kaulitz gushed all about her man.

In a recent interview, the model revealed how Tom, who is 17 years her junior has helped her keep the pace of her youthful glow over the years.

“I suck his young blood, is what I’m doing, like a vampire.”

Talking about their romance, the America’s Got Talent judge said:

”It flew by but it feels like a lifetime already.”


“I just know him so well. We just gel really well. I just feel like, ‘Finally, I found the one.’ So far so good. I hope it stays that way.”

Shortly after dating, Klum and Kaulitz tied the knot in a lavish star-studded wedding in Capri, Italy in August 2019.

Also, Read German model Heidi Klum opens up about the 17-year gap between her and her younger boyfriend Tom Kaulitz!

Heidi feels lucky to have Tom as her husband

The pair’s legal wedding took place earlier that year in February just two months after the Tokio Hotel guitarist popped the question on Christmas Eve in 2018.

After marriage, the mother of four revealed that she is a much happier person with her spouse in her life.

Klum explained how lucky she was to marry Kaulitz. She said:

When the couple was initially dating, Heidi called Tom absolutely wonderful and said:

“He is the kindest, sweetest, most caring, loving person. I feel so lucky. I don’t know the last time I was this happy in my life,”

“Maybe it is because he is German and we understand each other in a different way. But so far so good.”

This is not the Project Runway host’s first marriage. She was previously married to singer Seal from 2005 to 2014 and to celebrity stylist Ric Pipino from 1997 to 2002. 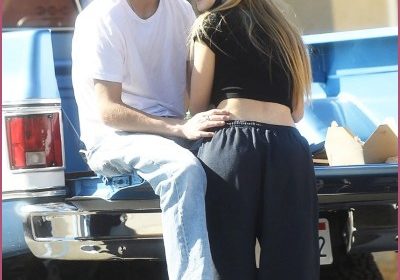