Actress Heidi Mueller is married and a mother of two.

Heidi Mueller is a married woman and mother of two children. She is the wife of former NFL star DeMarco Murray. The couple tied the knot in June 2015 in the city of Dallas.

The couple is proud parents of two children. Their first child was born before their marriage on June 20, 2013. Their first child is a daughter her name is Savanna Murray. Similarly, they welcomed their second child a son named Parker Ray Murray on January 2, 2019.

Prior to her marriage with Murry, she was engaged to an American actor Matthew Lawrence. However, their engagement couldn’t go to the next level and the pair got separated in 2006. 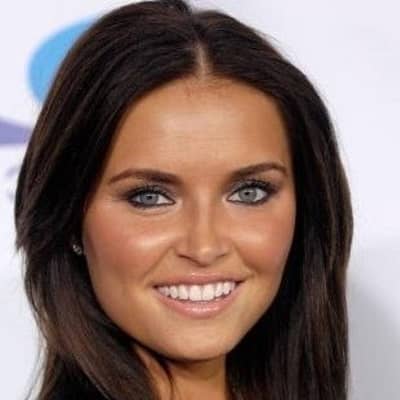 Who is Heidi Mueller?

Heidi Mueller is an American renowned actress and model.

She rose to prominence after playing the role of Kay Bennett in the NBC daytime soap opera Passions from 2003 to 2008.

Heidi was born on January 29, 1982, as Heidi Jo Mueller. She hails from Cincinnati, Ohio. The actress holds an American nationality and belongs to Caucasian descent.

The name of her parents is Don Mueller (father) and Pamela Hill (mother). She has three siblings named Chris Mueller, Karla Barela, and Joe Mueller.

Moving towards her academics, she studied at Landmark Christian School in Cincinnati, Ohio.

Further, she graduated from Liberty University in Virginia received a Bachelor’s degree in Psychology in June 2004.

Heidi stepped into the television industry through the NBC reality TV series, Who Wants to Marry My Dad? where she appeared along with her father and siblings. In mid-2003, she joined NBC daytime soap opera, Passions for the role of Kay.

She was the fourth actress who played the role of Kay. Prior to Kay, she had never acted in any series or play as she came from the reality show. The series features popular personalities like Juliet Milles, Molly Stanton, Jesse Metcalfe, and more.

In 2010, she made an appearance in the comedy show, Funny or Die Presents aired on HBO. Similarly, she starred in Taylor Sheridan’s film, Vile where she portrayed the role of Lisa. The other cast members of the film are Eric Jay Beck, April Matson, Akeem Smith, and more.

Besides, she has been part of numerous commercials and endorsements. She had signed Willimena Agency.

In 2005, Mueller was nominated for a Soap Opera Digest Award for Outstanding Female Newcomer for Passions.

To date, Mueller doesn’t seem in any sorts of rumors and disputes that create headlines in the media. Also, she has managed to maintain a clean profile in the public.

As of 2021, Mueller has an estimated net worth of around $16 million, a combined net worth with her husband. Mueller lives with her husband in their $3 million worth mansion which is located at 1606 Whispering Hills Drive in Franklin, United States of America. Further, her yearly income and other assets are still under review.

The actress has a beautiful blue pair of eyes with brown hair color. She stands at the height of 5 feet 7 inches tall and her weight is around 55 kg. Further, her other body measurement is not available.