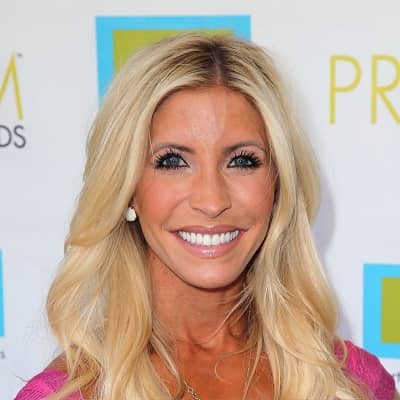 What is the relationship of Heidi Powell?

In May 2020, they announced their divorce on the social platform Instagram.

Heidi was previously married to Derek Solomon. Their marriage details are not available. The couple has a son, Matix, and a daughter, Marley. They get divorced in 2007.

Who is Heidi Powell?

Heidi Powell is an Expert Fitness Trainer, reality star, Entrepreneur, and also author. She is well known as the co-host of the intense show ‘Extreme Weight Loss’ aired on ABC network.

Likely, she is the co-founder of ‘The Transform App’ and ‘Athia Skin Care’.

The names of her parents aren’t revealed. Although she shared that she is very close with them.

Her father passed away in 2011 diagnosed with cancer. She often posts their photos and shared her love toward her dad via her social media accounts.

She completed her education in Arizona. And no sooner she started working out.

Completing her study, Heidi started working as a front-desk girl at Gold’s Gym Franchise in Provo, Utah. She worked at the front desk and looking at their Gym, she realized her interest in fitness and its wellness.

Likely, from 2002 to 2008, Heidi also worked as a real estate agent. She met Chris Powell at a seminar in 2008 and they together started to work in fitness. Followingly, Heidi earned ACE and CrossFit certifications to propel her career as a personal trainer.

In 2011, Heide and Chris were both called by ABC network to host their show ‘Extreme Weight Loss. And since then, they have continued through four seasons of the show and are currently onto the 5th season.

She even writes a very successful blog, where her daily posts include workout tips, recipes, as well as advice on parenting, marriage, and how to balance it all. She has contributed articles to the “Huffington Post”, as well as “Women’s Health”, “Self” and “Shape” magazines.

Heidi has amassed a net worth of around $10 million according to the sources of 2022. She has also served as a private client for various celebrities and she must have amassed a good amount from her career.

Although the information regarding her salary is not available.

The star has always remained in a positive way and hasn’t been involved in any kind of controversial news.

Similarly, she has blonde colored hair with blue eyes.

Similarly, she launched her YouTube channel on Mar 28, 2013, and amassed 106K subscribers.

Why are the Powells divorcing?

Who is Heidi dating at present?