Heir of Atticus's real name Gauge Burek is an internet personality. He is low key about his romantic life. 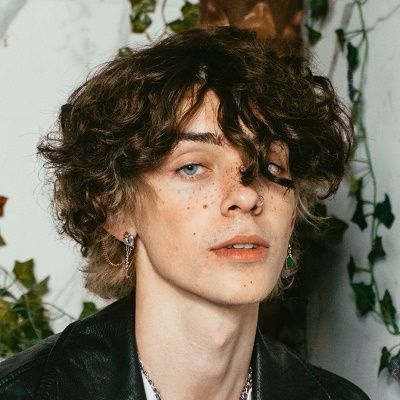 Facts of Heir of Atticus

Relationship Statistics of Heir of Atticus

Heir of Atticus is currently possibly single. He was not seen hanging up with anyone and there is no record of his previous relationship and dating.

Who is the Heir of Atticus?

Heir of Atticus is an American TikToker and social media personality. He is famous for his posts on TikTok and Instagram.

This internet personality was born on 25 April 2000 A.D, in the United States with the birth name Gauge Burek. He is of Caucasian descent.

There aren’t many details about his father, mother, and siblings as he likes to keep his personal life far from the media. As per the academics, he graduated from high school in 2019.

This social media star posting on Instagram from 2017 April. He has more than 617 K followers to date. On Instagram, heir shares his fashionable outfits and modeling photos. He posted on Instagram pictures with his roommate and friends.

Heir of Atticus is a trending boy on TikTok and has an account named I’m a Claymation. He is famous for his lip-sync and fan engaging in this platform. He also posted transitions and dance videos for his fans. This internet star has over 1.4 million followers and 28.7 M likes on TikTok.

He usually makes solo videos. The maximum likes on his video in TikTok is 3 million. He also makes duet video with other TikTokers like natmarz666.

Meanwhile, according to some sources, this social media personality has a net worth of $500,000.

There are no rumors and scandals about Atticus’s personal and professional life. Currently, he is doing great in his career.

He has light brown curly hair and blue eyes. He has got a tattoo on his hand and he wears accessories like the nose ring, neckpiece, and earpiece.

Although he is not active on Facebook, there are his fan pages made by his well-wishers.