Helen Czerski is a British bubble physicist and of Polish ethnicity. She has kept her personal life a big and well-kept secret. 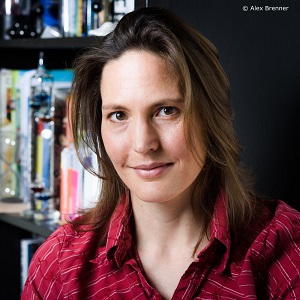 There is no much information regarding the romantic life of Helen Czerski in the mainstream media to date. This includes information on the relationship history and past relationship records, as well.

This is due to the fact that she has managed to keep her personal life a secret, away from the media. Said so, she may be enjoying a single-life or may have been in a relationship with someone, at present.

Who is Helen Czerski?

Helen Czerski is a British physicist, oceanographer, and broadcaster. She is currently a Research Fellow in the department of mechanical engineering at University College London.

Czerski was previously at the Institute for Sound and Vibration Research at the University of Southampton.

Czerski was born as Helen Czerski on 1 November 1978, in Manchester, England, the United Kingdom. She was brought up in Altrincham, near Manchester.

Other than her date of birth, place of birth, and place of upbringing, the mainstream media knows nothing much of information regarding Helen Czerski. This includes the info on the whereabouts of her parents, siblings, early childhood and teenage days, etc.

She is of Polish ancestry.

Czerski was educated at Altrincham Grammar School for Girls.  She graduated from Cambridge University’s Churchill College, Cambridge with degrees Master of Arts and Master of Science in Natural Sciences (Physics) in 2001.

She also has a Ph.D. in experimental explosives physics, particularly Research Department Explosive (RDX) in 2006.

During her time in Ph.D., Helen Czerski also worked at the University of Toronto in Canada and Los Alamos National Laboratory in the USA. A continuing fascination with the world of very fast small-scale phenomena led her from explosives to the study of ocean bubble formation.

Czerski spent the next four years working in the USA at the Scripps Institution of Oceanography in San Diego and the Graduate School of Oceanography in Rhode Island. She returned to the UK in October 2010 to begin her own research projects. Her research interests are the optics and acoustics of ocean bubbles, the structure of the bubble plumes caused by breaking waves, and the influence of the ocean bubbles on the atmosphere.

Helen is an enthusiastic supporter of ScienceGrrl which celebrates real women doing great science. She was featured in their calendar for 2013 as a Bubble Physicist.

Czerski is a regular science presenter for the BBC. She co-presented with Kate Humble, Orbit: Earth’s Extraordinary Journey, a three-part series on BBC Two, March 2012. The Transit of Venus in BBC Two, followed next June 2012 in the TV series Horizon. Operation Iceberg, a two-part series on BBC Two, followed in October 2012. Stargazing Challenges and Dara Ó Briain’s Science Club are her other programs from BBC Two.

In July 2013, she presented The Secret Life of the Sun on BBC Two. That same year, Helen also presented Pop! The Science of Bubbles on BBC Four in April.

The following year, she presented The £10 Million Challenge, which launched the Longitude Prize 2014. In July that year, she co-presented with meteorologist John Hammond, What’s Wrong with Our Weather? which examined the possible causes of Britain’s recent extreme weather and what connects all the recent extreme winters. Likewise, Czerski also presented Super Senses: The Secret Power of Animals in August 2014.

On 16 January 2017, Czerski presented The Infinite Monkey Cage in BBC Radio 4. Sound Waves: The Symphony of Physics, a two-part series, followed in March. Helen has also appeared on the Museum of Curiosity (BBC Radio 4).

She writes a monthly column for BBC Focus magazine called ‘Everyday Science’. Czerski is also a regular contributor to the Wall Street Journal in the column ‘Everyday Physics. She was shortlisted for ‘Columnist of the Year – Consumer Media’ by the PPA (Professional Publishers Association) in the PPA Awards 2014.

Her book “Storm in a Teacup – The Physics of Everyday Life” is available from November 2016 in the UK and Commonwealth, and January 2017 in the US.

The exact salary figure and estimated net worth value of Helen Czerski is not known to the media yet.

There are no much significant rumors and controversies regarding Czerski in the media yet. She has thus far, managed to keep her image clean in the eyes of the general public.

Helen Czerski has the height and weighs is unknown. Her hair color is dark brown and eye color is hazel brown.