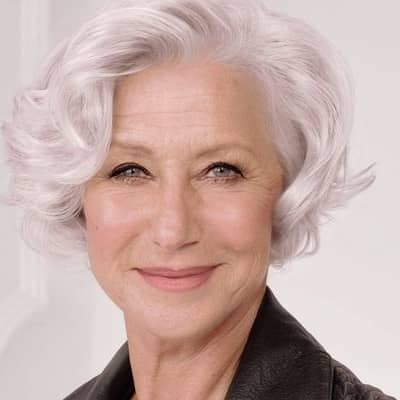 What is the relationship of Helen Mirren?

Hellen Mirren is a happily married woman. She married the popular American director Taylor Hackford. They were met while working on the set of ‘White Nights’ in 1985. Although their first meeting did not go well but later they started dating in 1986.

The couple married on 31 December 1997, in Ardersier Parish Church. Helen is the third wife of Taylor. He has also two children from his previous relationship.

But together Helen and Taylor have no children yet. Helen says that she has “no maternal instinct whatsoever”.

Previously, Mirren dated and lived with actor Liam Neeson during the early ’80s. They met while working on Excalibur (1981). During the interview by James Lipton for Inside the Actor Studio, Neeson said Mirren was instrumental in his getting an agent.

Who is Helen Mirren?

Helen Mirren is an English actress. She is an award-winning actress better known for her work in films and TV work includes ‘Prime Suspects’, ‘Caligula’, ‘Elizabeth I’, and ‘The Queen‘.

She holds dual citizenship of the United Kingdom and the United States and belongs to mixed ethnicity of Russian and Scottish. Her Zodiac sign is Leo.

Helen is the second child of her parents Vasiliy Petrovich Mironov and Kathleen Alexandrina Eva Matilda. She has two siblings a sister named Katherine Mirren and a brother named Peter Basil Mirren.

Helen attended Hamlet Court primary school in Westcliff-on-sea. Then, she enrolled in St Bernard’s High School for girls in Southend-on-sea.

Later, she studied at the New College of Speech and Drama in London.

Helen was attracted to the theater at an early age. At the age of 13, she features in an amateur production of Hamlet. In the same year, she auditioned for the National Youth Theatre and was accepted.

As a result of her work for the NYT, Helen was invited to join the Royal Shakespeare Company where she played Castiza in Trevor Nunn’s 1966 staging of The Revenger’s Tragedy, Diana in All’s Well That Ends Well (1967), Cressida in Troilus and Cressida (1968), and more.

In 1970, the filmmaker John Goldschmidt made a documentary film title ‘Doing Her Own Thing’ about Helen during her time with the RSC.

Mirren is popular for her role as detective Jane Tennison in the series, Prime Suspect. The drama series won multiple awards and noted for its high quality and popularity.

Mirren began her film career in her early 20s. Her first film to be released was A Midsummer Night’s Dream (1968)  for which she won the best actress award at the Cannes Film festivals. She continued her successful film career when she starred in the film such as Gosford Park (2001), Calendar Girls (2003), The Clearing (2004), and more

In 1986, Helen and his husband bought a 6.6-acre property in the Hollywood Hills, and in 2014 they listed the property for rent for the low-low fee of $40 thousand per month.

Helen estimated net worth is around $50 million.

Furthermore, She has grey hair color and her eyes color is blue.

Oscar Award-winning actress is active on Instagram with the handle @helenmirren where she has over 910k followers. Furthermore, no information available regarding her other social media sites.