Helen Willetts is a BBC meteorologist. Helen is married to her husband Phillip Boulby and has two kids. 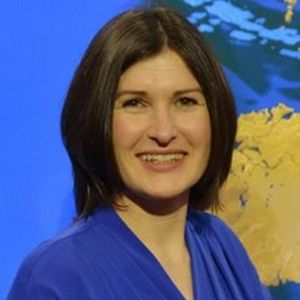 What is the relationship of Helen Sarah Willetts?

Helen Willetts is a married woman. She married Phillip Boulby in March 2004. She has two children with Phillip Boulby. The first child was born in 2006 while the second in December 2008.

There has been no news about any marital discord and both of them seem to be having a happy married life. Her children are now school-going.

No other details are available about her family. Helen Willetts prefers to not disclose or discuss her private life in public.

Who is Helen Willetts?

Helen Willetts is a meteorologist with BBC TV and radio network. She received an award for being the best TV weather presenter in 2006. She was an international badminton player.

Helen was born on 10th February 1972, in Chester, England, UK. His nationality is British and his ethnicity is English.

Her birth name is Helen Sarah Willetts. Born in Chester, the family moved soon to Colwyn Bay, North Wales. There is no information on her parents or siblings.

Willetts attended Eirias High School, Colwyn Bay, Conwy, North Wales. She then went on to graduate in Physics with first class from the University of Nottingham.

Furthermore, she played badminton for Wales at an international level. She completed a 5-month training course in Forecasting at the Met Office College from February to June 1994.

Helen Willetts joined the Cardiff weather center in July 1994. In 1995, she became a weather forecast presenter with BCC TV and radio in Wales. After 2 years, she moved to BBC Weather Center in London.

She now hosts the weather forecast show on BBC News, and other radio and TV stations owned by BBC. She is a full-time employee of BBC and one who has served the network for the longest time.

BBC meteorologist was honored with the Television and Radio Industry Club (TRIC) award for the best weather presenter in 2006. She is also the recipient of an honorary degree from the University of Nottingham (2007). She enjoys traveling, walking, and cycling.

Helen has earned a decent amount but her net worth is unknown. Also, there is no information regarding her salary.

Helen is a highly talented TV and radio weather presenter. She is sincere, and hardworking, and had once mentioned that though demanding she finds her job exciting and challenging and enjoys it.

Helen Sarah Willetts has not run into any major controversies and has not been surrounded by any affairs or relationship rumors.

Willetts was working until the end of both her pregnancies. She used to present with her full-blown pregnancy bump and the blog and chat and discussion rooms on the internet were full of comments on it.

Her concerned fans and viewers had expressed their discontent and anger that BBC was allowing presenters to work even during their pregnant state and were unable to even offer them a chair to sit in while presenting.

In 2015, during one of the weather forecast presentations, a technical gaffe had developed which resulted in a double image of Helen Willetts being broadcast.

This had become the topic of discussion on the web. For Helen, her work speaks and she has fortunately not fallen into any great criticism or controversy.

Helen has dark brown hair and brown eyes. Furthermore, there are no details regarding her body length and mass.

Where is Helen Willetts?