Helena Bonham is a famous English actress in film, stage, and television. Likely, she is also known for her roles in films such as A Room with a View, Fight Club, and the Harry Potter series. 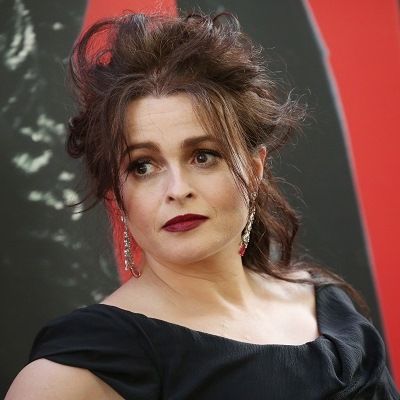 I hate this image of me as a prim Edwardian. I want to shock everyone

I should get a few ribs taken out, because I'll be in a corset for the rest of my life

I'm drawn to emotionally damaged characters because there is more to unlock.

Helena had a short-lived affair with English actor Rufus Sewell for a couple of months in 1999. Helena started going out with much older actor Steve Martin in the summer of 2000.

Helena started dating director Tim Burton in 2001. He had cast her in the Planet of Apes movie and they had grown close while working on it.

They lived in adjoining houses, which were connected. In 2003, she gave birth to a son, Billy Raymond Burton. They welcomed a daughter, Nell Burton to their family in December 2007.

In December 2014, they released a statement revealing that they had separated. It was reported that Burton had a mid-life crisis.

Who is Helena Bonham Carter?

Helena Bonham Carter is a famous English actress in film, stage, and television. Likely, she is also known for her roles in films such as A Room with a View, Fight Club, and the Harry Potter series.

Helena was born in Islington, London, England on May 26, 1966. Her father’s name is Raymond Bonham Carter (a merchant banker) and her mother’s name is Elena Propper De Callejon (a psychotherapist).

She came from a renowned political family. Her paternal grandparents were successful politicians.

Talking about Helena’s education history, she was educated at South Hampstead High School, she completed her A-levels at Westminster School.

Then, she went to King’s College, Cambridge, would not admit her because they felt that she would discontinue the course to pursue her acting career.

Talking about her profession, Carter won a national writing contest in 1979. She debuted at 16 in a television commercial. Likely, she played the title role in the movie, ‘Lady Jane’, in 1986. In fact, in the Merchant-Ivory produced 1986 romance film, ‘A Room with a View’ she had a significant role as Lucy Honeychurch, who falls in love with a free-spirited young man.

Whereas, between 1986 and 1988, she concentrated on television work. She also appeared in episodes of Miami ‪Vice and Absolutely Fabulous, and starred in television films such as A Hazard of Hearts and The Vision. Likewise, her role as Helen Schlegel in the 1992 Merchant-Ivory film, ‘Howards End’, based upon the novel by E. M. Forster.

In, ‘Fight Club’, a 1999 film based on the novel by Chuck Palahniuk, she starred with Edward Norton and Brad Pitt. She also played a dissolute woman, Marla Singer, and received positive reviews from critics. For, ‘Wallace & Gromit: The Curse of the Were-Rabbit’, a 2005 animated film, she lent her voice to the character Lady Tottington.

Whereas, the actress opened her own fashion line, ‘The Pantaloonies’, in collaboration with swimwear designer Samantha Sage, in 2006.

She essayed the character of Enid Blyton, the children’s writer, in ‘Enid’, a British dramatic television film, first broadcast in 2009 on BBC Four. This was also an award-winning effort. Likewise, ‘The King’s Speech’, a 2010 British epic historical drama film directed by Tom Hooper saw her portray Queen Elizabeth.

Moreover, from 2007-2011, she also played the Bellatrix Lestrange in the final four Harry Potter films.

She won Best Supporting Actress for The King’s Speech (2010) at BAFTA Film Award, she won Best Cast Ensemble for Les Misérables (2012) at Awards Circuit Community Awards. Similarly, she won the British Artist of the Year at Britannia Award.

She has also won Best Supporting Actress for Great Expectations (2012) at Tiantian Award, she received an award for Best Actress for The Wings of the Dove (1997) at Boston Society of Film Critics Awards.

She has an estimated net worth of around $30 million (as per 2020 data) and she has earned that sum of money from her professional career.

There was a rumor that Carter might join the cast is just one of the most thrilling ideas we’ve ever heard. Currently, she is far from rumors and controversies.

Helena Bonham Carter has a height of 5 feet 2 inches and she weighs 55Kg. Additionally, she has a measurement of 35-26-34 inches and her bra size is 34A.