Henry Hager is a businessman who is the son-in-law of George W. Bush. 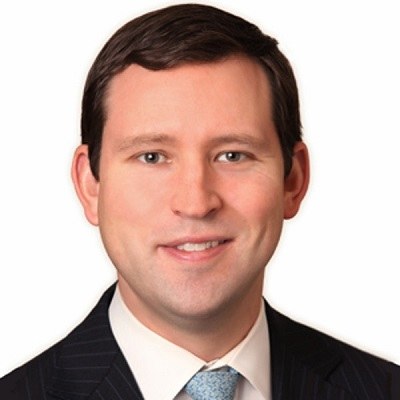 We are proud to name her after a man we so adore.

What is the relationship of Henry Hager?

Henry Hager is married to Jenna Bush Hager. His wife, Jenna is a Journalist and Author by profession.

They started dating back in early 2000 which was very causal. However, over such a causal date, they started developing serious romantic bond.

Moving forwards, on the 10th of May 2008, they got married at Bush’s ranch in Texas among 200 guests and performed by Rev. Kirbyjon Caldwell.

The couple is blessed with two children. On the 12th of December 2012, they announced through Today Show that they are expecting their first children.

In March 2013, they welcome their first daughter, Margaret Hager.

Who is Henry Hager?

Henry Hager is a businessman. He is renowned as the son-in-law of George W. Bush, Jenna Bush Hager.

He is also the director of Kohlberg Kravis Roberts and the board of directors of the George W. Bush Presidential Center.

Henry Hager was born on the 10th of May 1978 in Richmond, Virginia. His birth name is Henry Chase Hager.

His father, John H. Hager is an entrepreneur and politician by profession. Also, John used to be the 37th Lieutenant Governor of Virginia.

His mother, Margaret Hager is of Dutch-North Germanic ethnicity. He has an elder brother, John.

He completed his High School education at St. Christopher’s School in Richmond, Virginia. Later, he joined Wake Forest University and earned a bachelor’s degree with a major in Science.

After that, he attended the Darden School of Business at the University of Virginia. From the University, he earned a Master’s degree with Honors in Business Administration.

In 2001, Henry Hager started his professional career as the White House assistant for the Senior Advisor of George W. Bush.

Two years after that he left the job of the assistant to serve as the Deputy Operations Manager for the Bush-Cheney Presidential Campaign.

Later, in 2005, he joined the U.S. Department of Commerce. In the department, he worked with Secretary Carlos Gutierrez directly.

After that, he joined Constellation Energy and worked in its department of corporate strategy and development group as a strategist.

Moving forward, in 2011, he joined Kohlberg Kravis Roberts as the director of the organization. Under the post, he spent around six years focusing on the energy and infrastructure sector.

Currently, he is serving as the managing director of the Waterous Energy Fund.

To date, he has not been involved in any kind of controversy that created a buzz in the media. Similarly, there are no rumors too.

Henry Hager is a brown-eyed brunette. His height is 5 feet 9 inches and weighs around 70 kg. Also, he wears a shoe of size 10 (UK).