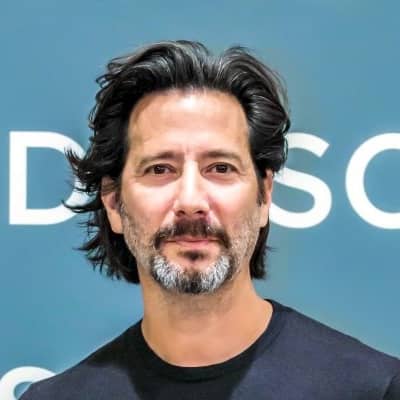 Henry Ian Cusick is a married man who tied the knot with his wife Annie Cusick Wood on 2nd May 1992.

The loving pair started dating in 1991 and now living a happy conjugal life.

Who is Henry Ian Cusick?

Henry rose to fame after receiving a Primetime Emmy Award nomination for his role as Desmond Hume in the ABC television series Lost.

Additionally, he is renowned as Marcus Kane in The CW science fiction series The 100 and as Russell “Russ” Taylor in the CBS action-drama MacGyver.

Henry was born on 17 April 1967 in Trujillo, Peru under the birth sign Aries.

The 54-year-old actor belongs to the Peruvian-Scottish ethnicity and has Scottish nationality.

Talking about his parents, his mother Esperanza Chávez is Peruvian while he has a Scottish father Henry Joseph Cusick.

Besides, the information regarding his brother, sisters, and other family members is unknown.

He later joined the Royal Scottish Academy of Music and Drama.

To begin with Henry’s career, he is a multi-award-winning actor who began his career in the 1990s.

At first, he worked at the Citizens’ Theatre as an understudy in the Christmas Panto playing a polar bear.

In his early days, he played leading roles such as Dorian Gray in The Picture of Dorian Gray with Rupert Everett, Hamlet in The Marovitz Hamlet, and Horner in The Country Wife.

Further, he has also starred as Jesus in The Gospel of John, as Stephen Finch in the ABC political thriller series Scandal, and as Dr. Jonas Lear in The Passage on Fox.

H gave the voice of Desmond Hume in the 2008 video game Lost: Via Domus.

Likewise, he has featured as Theo Stoller in two episodes of season 5 of 24 and the 2007 film Hitman.

He had delighted with his presence in the direct-to-DVD film Dead Like Me: Life After Death.

The estimated net worth of actor Henry Ian Cusick is $1.5 million, which he garnered from his successful acting career.

Meanwhile, the wiki of his salary, luxuries, cars, brands are under update.

The actor Hamilton has successfully kept himself out of rumors and controversies as he does not mix his personal and professional lives.

Henry is available on Instagram with the username @henryiancusick with 78 posts and 263k followers.

He also has 142.6k followers on Twitter and has a 162k fan following on Facebook as well.

As per his recent Tweet, Henry is on vacation in Thailand.