Updated On November 23, 2022 | Published By: lilly
Share this
Single 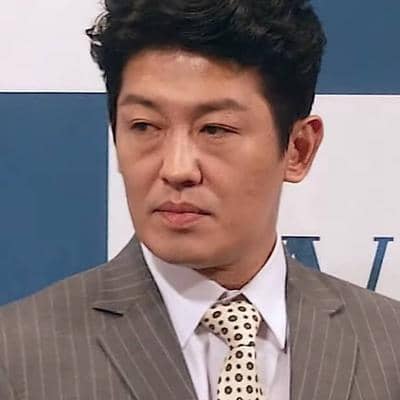 What is the relationship of Heo Sung-tae?

Heo Sung-tae has not revealed information regarding his dating life. According to various sources, he is possibly single.

Heo Sung-Tae is a South Korean actor who recently came into the spotlight due to his role in Squid Game (2021).

Sung-the originally came into popularity for his role as Ha Il-Soo in The Age of Shadows (2016). According to IMDb, he has over 28 film and television credits.

He has not revealed anything about his siblings and parents. Furthermore, he holds citizenship in South Korea and his ethnicity is Korean.

Sung-tae graduated from Pusan National University, where he majored in Russian.

Sung-tae is a South Korean actor. Before acting, he sold television in the Russian market for LG Corporation. He later joined the planning and coordination department of a ship-building company.

Sung-tae began his acting career in 2011 when he entered the SBS’s talent show, Miraculous Audition. He revealed he drunkenly signed up to audition after seeing a commercial for the show. He came into national fame for his role as Ha Il-soo in The Age of Shadows.

Recently, he starred as the gangster Jang Deok-us on the Netflix original series, Squid Game (2021), for which he has been widely talked about.

What is Heo Sung-tae’s net worth?

Currently, Sung-tae has not disclosed his net worth or his salary. As he has worked on many big projects, we can only assume he is very rich.

The Korean actor has kept himself away from any scandals or rumors.

Heo Sung-Tae is 5feet 9inches tall and his body weight is 74kg. He has pair of lovely dark brown eyes and black hair.