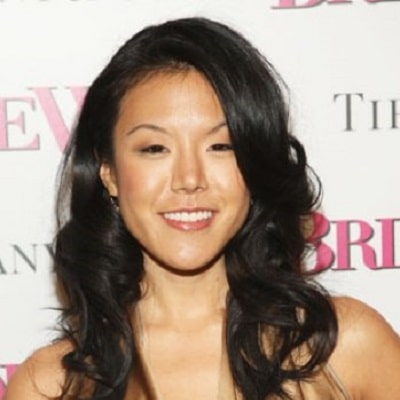 Hettienne Park is unmarried and living a single life. As she has been doing great on her work and focused on her career, she might not want to get into some romantic relationship any soon.

Hettienne Park is a famous American actress and writer who is best recognized for her performance on the television series ‘Hannibal’ as Beverly Katz.

She completed her Bachelor of Arts in Economics and Religion from the University of Rochester in New York. She also trained in classical flute and piano at the New England Conservatory of Music in Boston. Later, Park studied acting at the William Esper Studio in New York City.

She started her career as an actress in various theater plays, including Three Sisters, Albatross at Sea, The Warrior’s Sister, and Seminar. She debuted from the television series Hack in 2002. Later in 2007, Park landed her first role in the silver screen, Never Forever.

She debuted her feature film carer as the wicked Hong Ji in David Kaplan’s Year of the Fish.

She shared the screen with actors like Kate Hudson, Anne Hathaway and Kristen Johnston in the 2009 movie Bride Wars. Two years later, she got the role of Vicki in the film Young Adult starring Charlize Theron, Patton Oswalt, and Patrick Wilson.

In addition, she portrayed supporting roles in such films as Bride Wars and Young Adult. Furthermore, she appeared as a Special Agent Beverly Katz, a crime-scene investigator specializing in fiber analysis, in the television series Hannibal on 18 episodes.

Moreover, she debuted Off-Broadway as Sooze in The Intelligent Homosexual’s Guide To Capitalism & Socialism With A Key To The Scriptures which was directed by Michael Greif.

Likewise, she appeared in two episodes of The OA in 2019. Her new series, The Outsider, will be released in 2020.

Also, Park is the author of her first screenplay, Santoki and her first full-length play, Candy Girl.

She won several awards including the Grand Jury Prize at the 24th Avignon Film Festival.

Park has brown eyes and brown hair but information about her height, weight, body measurement, etc. are not available.