Hi Josh is currently a married man. He has not shared the name of his wife but he posts content with her. This couple has welcomed two children.

Josh often uploads excellent videos with his daughter. In the 2021’s Christmas, he posted pictures of his wife and kids wearing matching dresses. 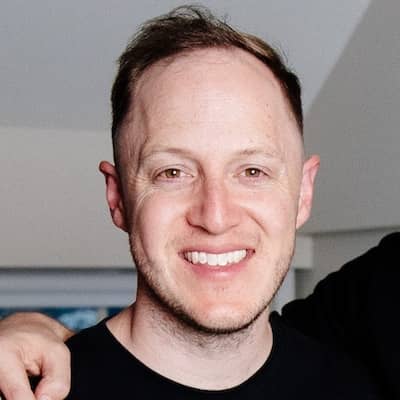 Who is Hi Josh?

Hi Josh whose real name is Josh Hawkins is a comedy star and content creator who holds Australian nationality. Hi Josh is also a social media star and has a huge number of fans on several digital platforms.

Previously, he worked as a Pastor for a church but he left it and is now a full-time comedian. On the video-sharing portal, TikTok, he is followed by more than 333k people.

He was born in Australia but the date when he celebrates his birthday is not revealed. The name of his mother and his father’s identity is unknown.

Further, Hi Josh’s ancestry is Caucasian, and as per his academics, he might have completed his high school studies.

Hi Josh started his career by being a Pastor but he is now one of the most famous comedians in Australia. He likes to engage the audience with his authentic content. He creates all sorts of short, funny, engaging digital videos for his media company.

His MAFS & The Bachelor Bad Lip Reading, plus the challenge named the Throwing Things are loved by his fans. Also, his How to Speak Australian video is amazingly funny.

As an influencer, he runs a YouTube channel where he uploads amazing videos for his admirer. The channel was created in 2007 and it has now over 55 thousand subscribers.

Hi, Josh is officially present on social sites such as Instagram with over 119k followers. Here he mostly posts content related to his day-to-day life with his family plus friends and his work

On 28 March 2022, he posted a funny video where he copied the dress of male models by wearing loaves of bread. It was loved by the viewers and he got positive comments.

Moreover, he is active on other Facebook on Twitter with more than 247k and 1.1k followers respectively.

By the 2022’s data, Hi Josh has earned an estimated net worth of around $100 thousand. However, his yearly earnings from his work is not calculated.

This Pastor who is now a comedian is at present keeping himself away from scandals as well as rumors.

Hi Josh’s height is average and his body weight is of normal size.

Adding further, he has naturally light brown hair and eyes in brown color.