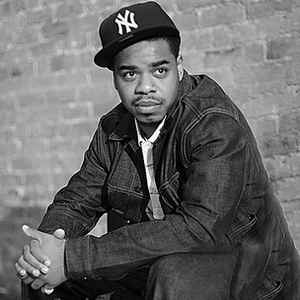 What is the relationship of Hi-Tek?

Hi-Tek is a very secretive person when it comes to sharing his personal life.

Thus as he is too sensitive to discuss his love affairs or relationships in the media, we can only wait until he decides to reveal such details.

Hi-Tek is a famous rapper. He is an American citizen. His real name is Tony Cottrell. Additionally, he is also a social activist and a record producer.

Presently, he is a prominent figure for collaboration with ‘Snoop Dogg,’ ‘The Game,’ and ‘Common.’ Moreover, he is famous for his collaboration with Talib Kweli forming a musical duo, ‘Reflection Eternal.’ Hi-Tek has been around the music industry since 1996. He plays several sorts of instruments like keyboard, drums, and sampler.

Who are the parents of Hi-Tek?

Hi-Tek was born on May 5, 1976, as Tony Cottrell.  He was born in Cincinnati in the state of Ohio in the United States. The name of his father is Willie Cottrell. Willie is also a singer. He is one of the secret living celebrities. He doesn’t want to share his past days and his educational history in detail. Consequently, we are unable to track any details about his family background, ethnicity, early life, and his childhood.

Hi-Tek’s Career, Salary, and Net worth

Hi-Tek started his professional career in 1996. During the initial period, he was in working for his group, ‘Mood.’ In the Mood’s album, “Doom,” he met Talib Kweli.

Talib appeared in five of the songs. Afterward, they collaborated to form a hip-hop duo, ‘Reflection Eternal.’ Their first album came out in 2000. The name of the album is “Train of Thoughts.” Previously Hi-Tek produced many songs for Talib Kweli and Mos Def’s group, ‘Black Star.’ Hi-Tek produced the 1998 Black Star’s album, “Mos Def & Talib Kweli Are Black Star.”

Apart from this, he worked with rappers like Snoop Dogg, Common, The Game, and others. He also works as a solo artist. He released albums like “Hi-Technology,” “Hi-Teknology²: The Chip,” and “Hi-Technology 3” in 2001, 2006 and 2007 respectively. Later in 2011, he launched “Revolutions Per Minute” as part of ‘Reflection Eternal.’  Some of his popular songs are “Music for Life,” “The Sun God,” and “Round & Round.”

Furthermore, he appeared in the film, “Mr. Untouchable.” He is also a social activist. Presently, detail about his salary and net worth is not available.

Hi-Tek has been in the industry’s limelight for almost two decades. But till now he is not part of any significant controversy or criticism. Subsequently, he is free of any rumors or controversies as of now.

What are the body stats of Hi-Tek?

Hi-Tek has an average height. He has black hair. Similarly, he has brown eyes. Details about his height and weight are not known.