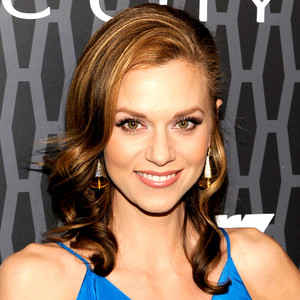 Reflecting Hilarie Burton’s personal life, she is married to an actor Jeffrey Dean Morgan. They are dating each other since 2009.

Prior to this relation, she was in a relationship with an assistant director of One Tree Hill, Ian Prange. They married in 2004 but didn’t have any children with him.

Who is Hilarie Burton?

Hilarie Burton is an American actress plus producer. She was seen in the lead roles in movies such as Our Very Own, Solstice and The List.

She opened her eyes for the very first time on July 1, 1982, in Sterling, Virginia, the U.S. Her father, Bill Burton is a US Army and her mother, Lisa is a real estate agent.

She grew up with three younger brothers. Her ethnicity is Mixed (English, Scots-Irish, French, Dutch).

As for academics, she attended Park View High School and later graduated in 2000. Later on, she enrolled in New York University and Fordham University.

Hilarie Burton worked as a guest commentator on MTV. The talent she possessed landed her a permanent job as VJ for the same show.

Additionally, in 2008, she appeared in several movies such as The Secret Life of Bees, The List, and One Tree Hill. In 2009, she landed a role in the drama Bloodworth co-starring with Hilary Duff and Val Kilmer.

Furthermore, she played the of role of Dr. Lauren Boswell in a popular TV series Grey’s Anatomy. She also had a recurring role in CBS sci-fi drama Extant as Anna Schaefer.

This actress has an estimated net worth of $5 million. Her performed movie Bloodworth (2010) has earned around $12k at the box office.

Hilarie Burton has a decent height of 5 feet 7 inches and weight is 59 kg.  Her hair color is dark brown and eye color is hazel.