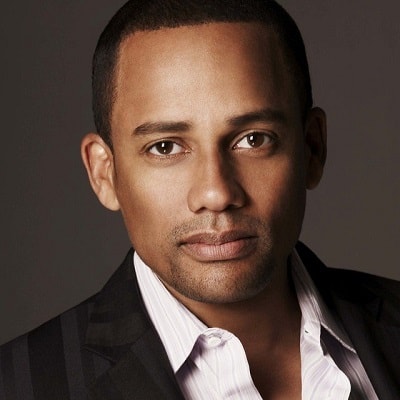 My father, obviously, and my mother were inspirations. My uncle, Frank Harper, he was an absolute mentor for me.

You're writing your life as you go - the question becomes, how do you want to write your life?

Voting is an individual, personal thing.

Hill Harper is currently in a relationship. He is currently dating American musician, Chloe Flower. The pair has been seen several times together since 2012.

Previously, he was in a relationship with girlfriend Taraji P. Henson from 2002 to 2006. Also, he had an affair social media star Dollicia Bryan for a couple of months in the year 2011. Moreover, a homeless woman called him to adopt a baby in 2015 and he gladly accepted and named the baby boy Pierce Hill Harper. In May 2017, the adoption process was finalized.

Who is Hill Harper?

Hill Harper is a famous American actor and author. He is popular for his performances on ‘CSI: NY’, ‘Limitless’, and ‘The Good Doctor’.

He was born on May 17, 1966, in Iowa City, Iowa, U.S.A. Harper was born as Francis Eugene Harper. He was born to parents Harry D. Harper II, a psychiatrist, and Marilyn Harper, one of the first black anesthesiologists in the United States.  He has not disclosed anything about his siblings.

Harper holds American citizenship but his ethnicity is unknown.

Similarly, he studied at John F. Kennedy School of Government at Harvard University and received a degree in Master of Public Administration. Also, he met Barack Obama on the basketball court and became good friends.

He began acting at the age of 7 and was a full-time member of Boston’s Black Folks Theater Company while he was at the Harvard University.

He started his professional career in 1993 and appeared in ‘Life Goes On’, ‘Pumpkinhead II: Blood Wings’, and ‘Married… with Children, etc.

He came into limelight after he appeared as Sheldon Hawkes in CBS’s crime drama ‘CSI: NY’ in which he appeared in nine seasons from 2004 to 2013, totaling 197 episodes.

Currently, Hill Harper is depicting the role of Dr. Marcus Andrews in ‘The Good Doctor’ and also he is working as the host as well as the narrator of the anthology reality series titled ‘How It Really Happened’ since 2017.

Also, he is the author of the book titled ‘The Wealth Cure: Putting Money In Its Place’ and at that time, he was diagnosed with thyroid cancer. Later,  he got fully recovered.

He has an estimated net worth of around $15 million and he has earned that sum of money from his professional career.

Harper has been successful in keeping himself far from rumors and controversies in his personal and professional life.

Hill Harper has a height of 5 ft. 7 inches and has dark brown eyes and black hair. But, other information regarding his weight, shoe size, dress size, etc. are unknown.