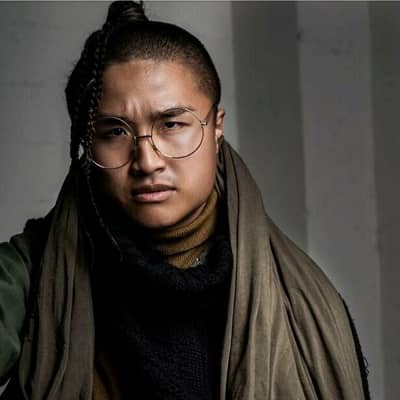 What is the relationship of Hokuto Konishi?

Hokuto Konishi is currently assumed to be single as he hasn’t talked about his girlfriend if any. However, he had been in a relationship with a Latin dancer, Lacey Schwimmer in the past. They were first introduced to each other by Schwimmer’s brother, So You Think You Can Dance second-season winner Benji Schwimmer.

Currently, he might not be dating anyone and he is serious about his career and working hard on it.

Who is Hokuto Konishi?

Hokuto Konishi is a Japanese dancer and actor. He is the judge on the CBS talent competition The World’s Best from Japan.

Konishi is popular as a male dancer from Quest Crew and was a finalist on the third cycle of the American reality television show So You Think You Can Dance.

He speaks less about his personal life to the public. There are no details about his parents, siblings, or any relatives. At a small age, he moved to Oxford, England, and spent his childhood there.

He began dancing at age 15 and trained to Hip Hop and Lock at a dance studio for 2 years. His dance genre is hip hop and b-boying. Similarly, he prefers to cook, draw, paint, design, and play the violin.

Moreover, his nationality and ethnicity are Japanese. His birth sign is Virgo.

As per his academics, he graduated in graphic design from Santa Monica College.

Hokuto Konishi is popular as a male dancer and choreographer from Quest Crew. At first, he featured in the third cycle of “So You Think You Can Dance” and also was the finalist of the show. He also works as a movement designer for AXYZM.

Apart from being a dancer, he is also a talented actor who has appeared in the films like The AXI: The Avengers of Extreme Illusions and Alvin and the Chipmunks: The Squeakquel.

Talking about his awards, he was the finalist in season three of “So You Think You Can Dance.” Moreover, he also won an Emmy for Outstanding Choreography for original performances on America’s Best Dance Crew Season 8 with Quest Crew.

Konishi has not publicly divulged his financial details about his asset’s value and net worth. As a dancer, he earned a hefty amount from his profession.

Konishi has a moderate height and weighs moderate. Similarly, his eyes are of black color, and his hair is black too.