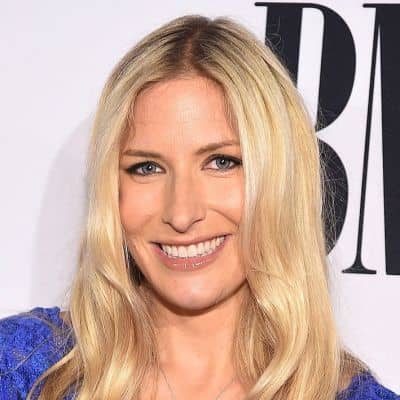 Who Is the Husband Of County Singer, Holly Williams?

Reflecting on her personal life, she is living a happy married life along with her husband, Chris Coleman. Chris is also a musician and has co-written three of the songs, on The Highway.

They exchanged marital vows on September 27, 2009, and are parents to four children.

They also share a son named, Arlo Gale Coleman, who is 5 years old.

Who is Holly Williams?

Holly Audrey Williams aka Holly Williams is an American county singer-songwriter. She is widely known for her three studio albums, The Ones We Never Knew in 2004, Here with Me in 2009, and The Highway in 2013.

On September 25, she came to the limelight after welcoming her youngest-born daughter, Georgia Grace Coleman.

The baby’s arrival news was first updated on daughter Stella June’s 8th birthday by father Chris Coleman penning a tribute to both daughters.

Holly was born on March 12, 1981, in Nashville, Tennessee, United States. As of 2022, Williams is 41 years old and holds an American nationality.

Likewise, she belongs to the Caucasian ethnicity and as per the astrologers, her birth sign is Pisces.

She was born to her mother, Becky, and father, Hank Williams Jr. Unfortunately, her parents ended their marriage, while she was young.

Moreover, she is the youngest child of her parents having an older sister named, Hillary.

As per her academics, she completed her elementary schooling at St. Paul Christian Academy based in Nashville, Tennessee.

Later, she finished her graduation from Brentwood Academy.

Following her graduation, she bought a domain name, recorded an EP, and started a website. Then, she signed with Nashville clubs.

Following she booked herself for CAA by signing a contract with them and went on to perform in many shows.

In 2003, she released her first EP and signed a contract with Universal South Records. She toured Thornton, Train, Keith Urban, Kasey Chambers, and Jewel along with Billy Bob.

Her first album, The Ones We Never Knew was released by the Universal South in 2004. In June 2009, her second album titled, Here with Me, was released.

For the promotion of her song, she was seen attending various shows like The Late Late Show with Craig Ferguson, Chelsea Lately, Jimmy Kimmel Live!, and The Tonight Show with Conan O’Brien.

On February 5, 2013, Holly’s third studio album, The Highway was released.

Williams has also made collaboration with many popular artists during her long professional career.

The county singer, Holly possesses a net worth of around $45 Million.

Of all her music career, she might have earned a hefty amount of money. However, she has kept her other financial details away from the media.

Holly Williams has never made headlines for any rumors and controversies. She has been able to maintain a clean profile as of now.

The beautiful singer has a decent height and weighs moderately. Similarly, she has blonde hair and charming blue eyes, with a fair skin tone.

There is also a fan-created Facebook page under her name, that has around 1.2k followers.

Moreover, her self-titled Youtube channel has garnered over 9.24k subscribers. But, she does not seem to be actively posting videos at present, after posting her last video titled, Holly Williams / The Making of the Highway.

Country Singer Holly Williams is a Mom to 4! Her New Baby Came In Between her Family Road Trip