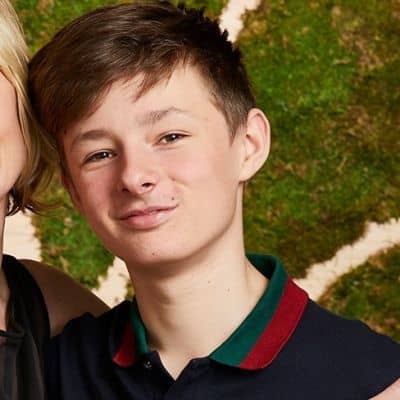 Who is Homer Laffoon Dating?

Homer Laffoon is possibly single, as he has not made any social media hints which prove that he has a girlfriend.

He might have at least one boyfriend but he hasn’t revealed any information regarding it. We will update it soon.

Who is Homer Laffoon?

As a star kid, he is well known for being the son of his mother, Anne Heche, who is an American actress, and director.

After the recent untimely death of his mother on 12th August 2022 he filed papers to be named administrator of his mother’s estate.

His mother, Actor Anne Heche died on 12th August 2022 in Los Angeles, California, United States. She died from smoke inhalation and thermal injuries. She was trapped for 45 minutes after she crashed into a home on Aug. 5, according to fire department records. Reports say,

“A death certificate lists Heche’s date of death as Aug. 11. Her spokesperson said Aug. 12 that she was brain-dead but was being kept on life support so her organs could be donated.”

Update: Actor Anne Heche died without a will, as a result, Homer Laffoon has filed court papers to control her estate.

The young star kid was born on March 2, 2002, in the United States of America. As of 2022, he holds American nationality.

According to the astrologers, his birth sign is Pisces while he belongs to the Caucasian ethnicity.

Talking about his parents, he was born to his late mother, Anne Heche, and father, Coleman Laffoon. However, his mother was an American actress, and director, who just passed away on 12th August 2022 due to smoke inhalation and thermal injuries.

On the other hand, his father is a real estate broker. Similarly, he has half-siblings named Atlas Heche Tupper.

As per his academics, he is a high-school graduate, but the name of the institution is not known.

There is no proper data on Homer’s exact professional career. However, he has been in the limelight due to his mother, Anne Heche, who was a famous star.

Talking about her career, Anne Heche started her career with acting. She has worked on many movies including An Ambush of Ghosts, A Simple Twist of Fate, and Donnie Brasco.

She has also been involved with Ellen Degeneres, the comedian and sitcom star.  Heche got a recurring role in the TV show Ally McBeal in 2001.

She starred opposite Harrison Ford in Six Days Seven Nights and in the film, she played an editor who eventually falls for Ford’s character, a pilot after the two survive an airplane crash together.

She has appeared on various covers of famous magazines like The Observer Magazine, Mirabella, and The Entertainment Weekly.

As Homer Laffoon is not engaged in any professional career, he has not started earning yet. The net worth of his mother was estimated to be around $8 million as of 2022. Likewise, Her estimated salary was $1,46,000.

Coming on to his body measurements, Homer Laffoon stands at the height of 5 feet 7 inches weighing around 65 Kg. However, his other body measurements like chest, waist, and hips sizes are not available at present.

Moreover, he has a fair complexion, along with a pair of brown eyes and hair of the same color as well.

Homer Laffoon is quite active on social media platforms. She is present on Instagram under the username, @homerheche having more than 4.5K followers.