Honey Dijon is a DJ, producer, fashion icon, and electronic musician from the United States. she is possibly single. 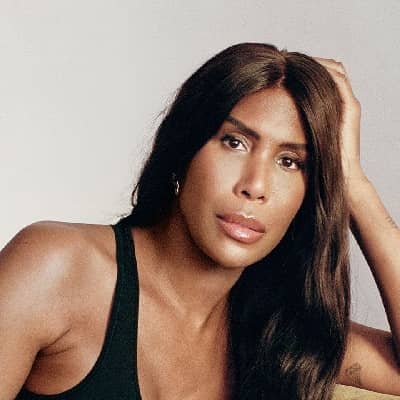 Who is Honey Dijon?

Honey Dijon is a DJ, producer, fashion icon, and electronic musician from the United States. She is best known for her work on Turning (2012), Stewart Copeland’s Adventures in Music (2020), and Where Love Lives (2021).

Honey was born on June 21, 1968, in Chicago, Illinois, USA. Her legal name is Honey Redmond but he is formerly known as Miss Honey. According to her birthdate, she is currently 53 years old.

Honey hasn’t yet disclosed her parent’s and family member’s identity in the media. Also, her academic background is under the curtains at the moment.

She holds an American nationality and belongs to African-American descent.

Honey began clubbing during her mid-teens and started performing as a D.J. During the time she met several DJs and producers and was mentored by them such as Derrick Carter, Mark Farina, and Greenskeepers. In the late 1990s, she moved to New York where she was introduced to Maxi Records and Danny Tenaglia.

She performed on New York City’s underground club circuit and played sets at fashion shows. She released her debut album titled “Classic Through the Eyes of” in 2013. Similarly, her other album The Best of Both Worlds released in 2017. Dijon has collaborated with Dior and Louis Vuitton for several years providing soundtracks for their runway presentations. In 2020, she released her Singles & EPs titled Free Woman”.

Honey has managed to maintain a clean profile till now. She hasn’t been part of any sorts of rumors and controversy that create a headline in the media.

Honey might have accumulated an impressive amount of wealth throughout her career. As of 2022, there isn’t actual information available regarding her net worth, Salary, and other earnings.

Dijon has an impressive height of 5 feet 10 inches tall. She has a long black hair color and as well black pair of eyes. Further, her weight and other body measurement are not available.

Likewise, she has a self-titled YouTube channel with over 5.64k subscribers.