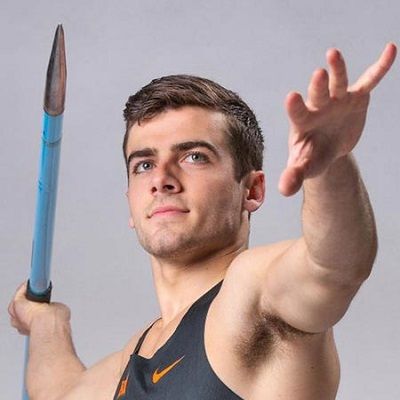 Hosting the Lights Out Tour was one of the best experiences in my life. Coming in to the tour I didn’t know many of the guys. After being on the tour together we all became super close, and really became a family. I could talk all day about how amazing all of the supporters were. The amount of love I received was unreal. My favorite part of the tour was being able to meet so many awesome people. I loved everyone I met

The only thing that was kind of hard was going to bed at a decent hour! We had more than enough time to sleep, but I had a hard time going to bed when I knew I could be up having fun with my friends! The only way I can describe tour is like an awesome vacation with tons of your friends! My mom and my little brother were on Phase One with us so that was extra special too

Yes, social media is my new primary focus. I officially retired from running track and field this fall.

Hootie Hurley’s relationship status is single. He has a good bond with his brother.

Who is Hootie Hurley?

Hootie Hurley is an American track and field athlete plus social media personality. He is involved in pole vaulting sport.

He was born on 15 April 1999 in the USA. His father is Edward Hurley and his mother is Kristy Hurley.

He graduated from Oklahoma State University in Oklahoma, USA.

Hootie Hurley is an athlete who has excellent pole vaulting skills. During his high school, he won 2 team state champion track titles.

In the year 2018, Hootie participated in the Big 12 Championship. There he earned twelve honors. But this talented athlete is now retired from running in tracks.

In Nov 2019’s interview, he said that his primary focus is social media and has officially retired from running tracks from this fall.

Hottie is very popular on social media Tik Tok. He mostly uploads lip-sync and comedy videos. These videos are loved by his 505.4k followers.

He also has his own Youtube channel which is followed by more than 7.79k subscribers.

His estimated net worth is $500 thousand US. He also earns from his social media. As per sources, Hootie yearly earns around $106 to $1.7k US from his YouTube channel.

Talking about Hootie Hurley’s body features, he has light blue eyes and dark brown hair. He has a height of 5 feet 9 inches and a weight of 65 kg.

His Instagram has more than 110k followers and around 162 posts.