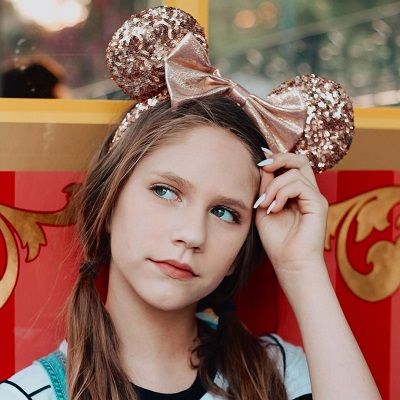 I am the smile in the frowns.

Who is Hope Marie?

Hope Marie is an American YouTuber. Hope is also a social media personality.

She rose to fame as she appeared on her YouTube channel on which she has earned over 542K subscribers.

She is the co-host of the channel ‘Jazzy Girl Stuff’, which she runs in collaboration with ‘Annie’s Vlogs’.

Hope Marie was born on December 2, 2005, in Texas, the USA into a middle-class family. She is a Sagittarius.

Her mother manages and monitors her Youtube channel, Hope Marie.

She has siblings, Zane, Reese, Eden, Noah, Haven, and Miles.

Hope began her career as a YouTuber. Currently, she has earned over 542K subscribers.

Additionally, she has hinted in her videos that she was a privileged kid and she is grateful for having a huge family. Whereas, her craze for YouTube started very early, once she got a video camera in her hand.

Similarly, she started creating her other numerous channels. She became popular in her famous Hope Vlogs. Whereas her charming presence did increase her fan-base over time, and one of her videos, which served as a parody video of the film ‘Batman V Superman.’

She launched her own channel ‘Hope Marie’, which quickly amassed a few thousand followers within a few days. The first video she posted on her channel was titled ‘Kids Christmas Morning Presents & Gifts Day 4 Merry Vlogmas’ which was posted under the series ‘Hopes Vlogs’.

Paralympic medal-winner Marieke Vervoort ends her life and the constant pain due to her degenerative muscle disease via EUTHANASIA in Belgium!

“We’re friends with benefits,” says Vanderpump Rules star, Scheana Marie to Rob Valletta, after the break up. The couple still has love for each other, what’s the status?