Talking about his love life, Hopper Jack Penn is presently in a relationship with Uma Von Wittkamp. Uma is a well-named actress and television personality. The duo has shared very few details regarding their relationship.

On the other side, Hopper has been secretive about his relationship details. Though both have been in controversies, they have still managed to stick with each other till now. 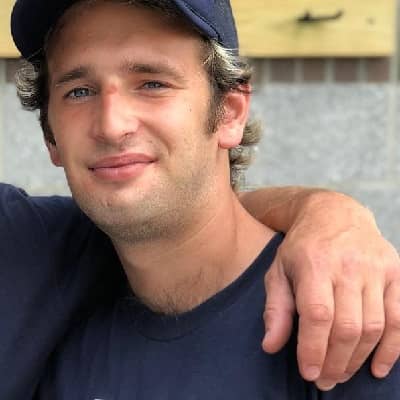 Who is Hopper Jack Penn?

Hopper Jack Penn is a well-recognized American actor, television personality, and celebrity kid. Penn is widely famed as the son of the well-known star, Sean Penn and his ex-wife, actress Robin Wright.

Hopper Jack Penn was born on 06 August 1993. At present, his age is 27 years old. Likewise, his birthplace is Los Angeles, California, the USA.

Hopper is the son of his father, Sean Penn whereas his mother is Robin Wright. Moreover, he has a sister, Dylan Penn who is a named American actress and model.

Talking about his nationality, Penn holds an American identity whereas his ethnicity is mixed(Jewish, Italian, English, Scottish, French).

Regarding education, the star attended his school-level education at Redwood High School. Later, he joined Marin Catholic High School and graduated from therein 2007.

Professionally, Hopper is a well-named American actor and television star. Initially, he came into the light being the son of a popular star, Sean Penn, and his ex-wife, Robin Wright.

He has starred in the 2017 film War Machine featuring the role of Nick Farrenberg. He worked along with Brad Pitt, John Magaro, and Emory Cohen in the movie.

Additionally, he made his first TV appearance on the VH1 series, All Access in 2003. Later, the star featured on the MTV hit Viva la Bam.

Jack’s mom, Robin began her career as a model at the age of 14 years old. Wright has earned Golden Globe Award and Screen Actors Guild nomination for Best Supporting Actress. She also starred in the lead role of the film Moll Flanders(1996).

A talented actor, Hopper has earned a handsome amount of money from his profession. He lives a luxurious lifestyle along with his family.

On the other side, his mom, Robin has an accumulated net worth of $65 million

Hopper Jack and his girlfriend, Uma were arrested in a traffic stop on April 4 2018 on Interstate 80 in southeastern Nebraska. They were arrested for possessing marijuana and mushrooms.

The car was initially pulled over because they failed to signal and the police officer conducted a search after officers at the scene suspected drug activity. They found 14 grams of marijuana, 4 amphetamine pills, and 3 grams of psychedelic mushrooms.

27 years old star, Hopper Jack has handsome looks and an admirable personality. He stands at a height of 6feet. Also, he has a balanced body weight of 70 kg.

Furthermore, Penn has blue eyes whereas his hair is brown. His body measurement is 40-32-15 inches(chest-waist-biceps) respectively.

Regarding his social media presence, Hopper Jack Penn is an active personality on social media. Hopper has more than 5.4k followers on his official Instagram account @at_easeladies.