Who is Hosea Chanchez Dating?

Hosea Chanchez is possbily single at present. He has not shared any info on his partner. Also, there are no social media reports that hint either he is married or has children.

In 2020, he was rumored to be married to actress Tika Sumpter. Though they were seen together at several premiere parties and ceremonies, Sumpter confirmed that neither they were married nor they were seeing each other. She also mentioned if they were ever to get married, she would let the whole world know.

Similarly, he was linked up with American actress, Robin Givens from 2008 to 2009.

In 2008, he dated an American professional tennis player, Serena Williams.

Also, in 2005, he was engaged to American actress, Evan Marcille.

He also had romantic relationships with actress Kendra C.Johnson and Drew Sidora in 2007.

Initially, he dated American actress, Meagan Good from 1995 to 1998. But, the reason behind their separation has not been disclosed. 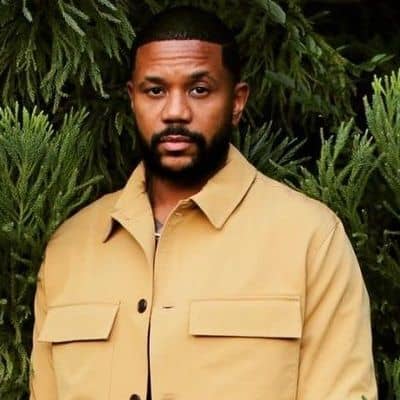 Hosea Chanchez is an actor hailing from America. He rose to prominence after appearing as Malik Wright on the television series, The Game and its 2021 revival.

His other works include, For Your Love, All American, Black Lightning, and so on.

Hosea Chanchez was born in Montogomery, Alabama, the United States on September 12, 1979. Chanchez is 42 years old as of 2022 holding the American nationality. He maintains Afro- American ethnicity and has a Virgo birth zodiac sign.

As per his academics, he went to Sidney Lanier High School based in Montgomery, Alabama for schooling.

The talented actor has not shared the details related to his parents, siblings, and further education details.

In 1998, Hosea Chanchez started his career with a minor role as Delivery Guy/Charlie on the American sitcom, ‘For Your Love.’ He made a guest appearance on other series like, ‘The Guardian, ‘Jack & Bobb’, ‘NCIS’, ‘Girlfriends’, ‘Everwood’ and ‘Close to Home.’

He appeared in the American television series, ‘The Game’ from 2006 to 2015. He portrayed the role of quarterback Malik EI Debarge Wright, starring opposite Wendy Raquel Robinson. On January 11, 2011, the series was re-aired on Black Entertainment Television.

As a theater artist, he performed in The Wiz, Royal Oats, Glory, The Long Walk Home, and Shop Life.

Chanchez reprised his role of Malik Wright in the revival of the series, ‘The Game’ in 2021. Along with him, it stars Jason Pitts, Kelly Pitts, Derwin Davis, Tasha Mack, and Chardonnay Pitts. On November 11, 2021, the series aired on Parmaount+. Also, the BET released its second series on February 16, 2022.

Furthermore, the series was renewed for a second season in February 2022.

According to Celebrity Net Worth, Hosea Chanchez is able to amass a net worth of around 500K USD. The actor is on his way to earning more money through his hard work.

If his yearly/monthly salary and earnings are available in the upcoming days, it will be further updated.

This actor has kept himself out of unnecessary rumors and controversies. Rather, Hosea Chanchez prefers to stay away from the limelight maintaining a clean profile.

‘The Game’ series actor stands at a good height of 6 feet 1 inch. Hosea Chanchez weighs around 93 while his body measurements are not available at the moment.

Moreover, he has a brown complexion, along with black hair and eyes of the same color as well.

Hosea Chanchez is officially active on Instagram under the username, @hoseachanchez, being followed by more than 312K peoples.