The house of Johnny Depp is hit-and-run! Know about his new Russian dancer girlfriend Polina Glen! 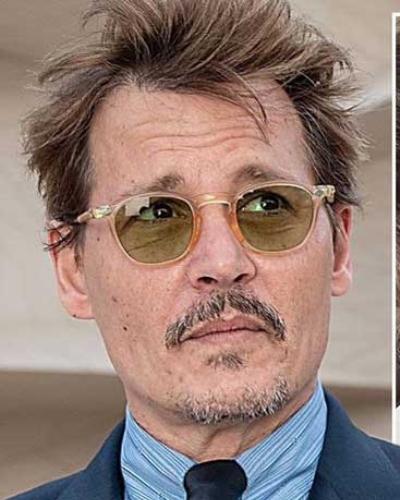 The Los Angeles house of veteran actor Johnny Depp had a hit-and-run incident. An unknown driver crashed his van into a street sign just outside Johnny’s house and made a vanishing act even before the police e could arrive at the scene.

Johnny Depp and the hit-and-run at his estate

Just outside the Los Angeles estate of actor Johnny Depp, there was a street sign which said No Parking. It was nicely placed on the left side of his driveway in between the bushes and shrubs. On Thursday night at 3.3. AM a driver of a van smashed his vehicle onto this street sign and toppled it. The sign fell into the surrounding shrubs and was broken at the base. But the driver left his van at the place and fled the scene.

What the police states?

“Police are investigating a hit-and-run outside the actor’s home after someone crashed into a “no parking” sign around 3:30 AM Thursday.”

The police yet do not know the whereabouts and details of the person driving the vehicle. Could it be someone with a parking grudge against the city? Was a drunk man driving the van? Did he harbor some grudge against Johnny Depp? Currently, answers to all these and more questions are unavailable. We will have to wait for police investigation which the police will complete only after they arrest the offending driver.

The police have recovered the banged up 2000 Chevy van from the scene. Luckily, the crash did not damage the house or gate of the house of the actor. Johnny, 55 is also safe since he was not at home at the time of the accident.

Johnny Depp and his new girlfriend

The actor Johnny was talking with a new girl in Moscow last year. He was there on a tour with his band. Earlier this year, Johnny was in Belgrade, Serbia and locked in a steamy embrace with the same girl. He was in Serbia for the filming of a new movie called Minamata in which he plays a photographer.

This mystery girl is Russian go-go dancer whom Johnny had met last year at a party in Los Angeles. She is in her mid-20s and called Polina Glen. She is a trained dancer and choreographer and hails from St. Petersburg.

‘Polina met Johnny at a party in LA. She gets invited to a lot of stuff and ran into him. She’s a dancer and a hot girl.

‘She was just chilling at the party and didn’t know who he was when he came over to introduce himself. They hit it off.

‘He’s got legal issues with his ex-wife and then here’s this beautiful young Russian dancer, that doesn’t want anything and doesn’t even know who he is. The Russian girls don’t know him. They have no clue about actors and people always look different in person.”

‘When she found out who he was, she was happy.’

The marriage bells for the couple

News is that the couple is planning marriage and Johnny would be going over to Russia to meet the girl’s parents. Polina has shifted into his LA mansion. This is his first relationship after his divorce with Amber Heard.

‘She’s really sweet and caring. She’s very talented. I’m sure Johnny assists but she’s off doing her own thing.

‘She is very low-key. She goes to her dance choreography from his place and she comes back. I don’t think anyone knows she’s living there.’

Johnny Depp is one of the popular American actor, producer, and musician. He has various of the outstanding works and has been nominated for three Academy Awards. The actor is also the winner of the Golden Globe and Screen Actors Guild Awards for Best Actor. He is well known for playing the role of Jack Sparrow in the blockbuster movie, Pirates of the Caribbean. In 2012, ‘Guinness World Records’ also listed Depp as the highest paid actor. More Bio…