Influential person in the world of radio hosting.

Howard Stern is a married man as of now. He is married to Beth Ostrosky.

The couple tied the knot on October 3, 2008. Beth is an actress/author and a model.

Before this marriage, he was married to Alison Berns. They got married on June 4, 1978. Together they shared more than a decade-long marriage.

They also had three children namely Emily Beth Stern, Ashley Jade Stern, and Deborah Jennifer Stern. But tragically, they got divorced in 2001.

Before this marriage, he dated several beautiful women including Robin Givens, Kylie Bax, and Ani Whitehead. Back in 1967, he was in a relationship with a lady named, Irene. 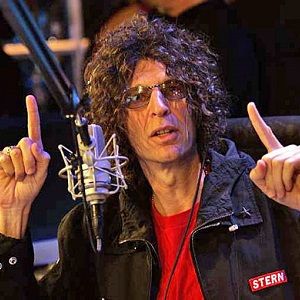 This country has too many freedoms

I've always thought that a name says a lot about a person. So naturally, being named Howard, I always wanted to crawl into a hole

I like music that makes me want to kill myself.

Who is Howard Stern?

New York-born Howard Stern is one of the eminent figures in the entertainment industry.

He is an influential person in the world of radio hosting.

Similarly, Howard is also a television personality, producer, and author. Additionally, he has also been in the acting industry, and in photography. He is famous for his nickname, “King of All Media.”

Presently, he is the host on Sirius XM Radio since 2006. Furthermore, Stern has appeared in several TV shows including “America’s Got Talent” as a judge.

Talking about early life, Howard was born in Queens in New York City in the state of New York, on January 12, 1954.

While talking about his family background he is of Polish and Austro-Hungarian ethnic ancestry and belongs to the same ethnicity. He is of American Nationality.

The name of his mother is Rae Schiffman. Similarly, his father’s name is Bernard Stern. His mother was an office clerk and later an inhalation therapist.

And Bernard his father was a radio engineer and co-owner of a cartoon/commercial production studio. Howard wanted to be in radio since the age of five. His family moved to Roosevelt in 1955.

For his education, he attended Washington-Rose Elementary School. Later he joined Roosevelt Junior-Senior High School. He changed schools a lot.

Later at the age of fifteen, he enrolled at South Side High School. Then in 1972, he studied at Boston University for higher-level education.

Howard Stern has a career in multiple sectors. In the initial stage, he worked in an advertising agency, “Benton & Bowles.” Then from 1976 to 1981, he worked in different radio stations. They are “WRNW,” “WCCC,” and “WWWW.”

Afterward, in 1981, he moved to another rock station in Washington, D.C. named “WWDC.”

He was paid $ 1 million for that job. As per his career in TV, he released his Show, “Howard Stern’s Negligeé and Underpants Party” in 1988. Furthermore, he worked on several TV shows and radio.

Additionally, he also hosted TV shows including as a judge in “America’s Got Talent.” As an actor, he appeared in “Ryder, P.I.”, and “Private Parts.”

Also, as an author, he published books like “Private Parts,” and “Miss America.”

Discussing his salary, he earns around $90 million per year from his deal with Sirius XM Radio. Presently, he has an estimated net worth of around $650 million.

Howard has been part of several controversies.

It was because of his indecent content on the radio.

Howard Stern has a height of 6 feet 5 inches. Discussing his body weight, he weighs around 189 lbs. or 85 kg.

Similarly, his eye color is blue. And his hair color is dark brown.