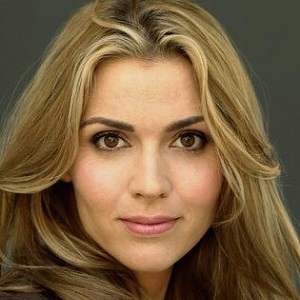 In high school, from age 15 to 18, I was saddled with the unfortunate nickname of 'Junk,' which doesn't do a lot for one's self-esteem

When I did my first episode of 'Xena,' I told my parents this is the worst acting I've ever done

Moving towards her personal life, she has been romantically involved with John Kaisner between 1995 and 2005, they have separated till now. She is currently believed to be single and curious about her career.

Who is Hudson Leick?

Hudson Leick is an American actress, known for her role as villainess Callisto in the television series Xena: Warrior Princess. She is a certified Yoga instructor and intuitive counselor at the Healing Heart Yoga Center.

Hudson Leick was born on May 9, 1969, in Cincinnati, Ohio, the United States. Her nationality is American and ethnicity is European-American.

Her birth name is Heidi Hudson Leick. She was raised along with her sister and when she was 13, her parents got divorced. So, the kids were taken by the mother and were raised in Rochester, New York where she continued high school.

She perhaps under her mom’s impression, decided to act and auditioned for several stage plays. Luckily, she was welcomed by Neighborhood Playhouse Acting School.

It was here that her acting talents were nurtured and she began to act more confidently. However, after some stage plays, she got interested towards modeling and traveled across Asia to work as a professional model.

She began her career as a model, which started after she began working first in Japan and then traveled for some time. She later returned to New York and continued as a model, who wanted to become an international model. But it must be her fate that brought her to acting, although she had a little of it in her blood.

Her first ever TV show was in France, where she decided to quit modeling and turned up working at a local TV channel. She was known for her role in Melrose Place (1992) which led to her big break after she auditioned for “Xena: Warrior Princess (1995)”, as Castillo. It was the same year when she got lucky and grabbed a role in Aaron Spelling production. Since then she has been working hard and is a successful actress till now.

Hudson Leick: Salary and Net Worth

There is a rumor is that after her breakup, many people and media believed them to be husband and wife, they didn’t have any children nor had a divorce. After that, there are no rumors of her marriage lately.

Hudson Leick has the height of 5 feet 8 inches. Her body weighs 54kg. She has blonde hair and brown eyes. Furthermore, her body measurements are 36-24-35 inches. Her bra size is 36C, dress size is 6 US and shoe size is 9 US.