Hugh Bonneville is a British actor. He is best known for Downton Abbey. He is married and has a child. 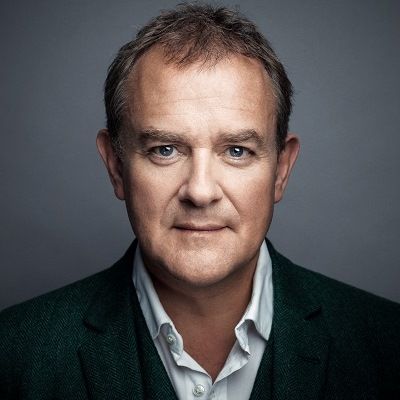 When you are in the eye of the storm, you are often not aware of the whiplash around you.

I'd love to retire somewhere like Winchester, where you have one foot on the pavement but a sense of being in the country as well.

I thoroughly enjoyed that character and working with Sally Hawkins as Mrs Brown. We improvised a lot in rehearsals and that was a complete joy.

Hugh Bonneville is currently in a married relationship. He has exchanged vows with Lulu Williams on November 4, 1998.

The couple has a child namely, Felix Bonneville.

Who is Hugh Bonneville?

Hugh Bonneville is an English actor. Likely, he is best known for the ITV historical drama series Downton Abbey.

His performance on the show earned him a nomination at the Golden Globes and two consecutive Primetime Emmy Award nominations.

Hugh Bonneville was born in Paddington, London, England on November 10, 1963. His birth name is Hugh Richard Bonneville Williams. There is no information about his family and his childhood.

There is no information about his siblings. Hugh holds English-British citizenship and mixed (English-Welsh) ethnicity. His birth sign is Scorpio.

Talking about his profession, Hugh Bonneville began his acting career in theatre, making his first appearance at the Open Air Theatre. In the year 1987, he became a part of the National Theatre and went on to appear in numerous plays. He made his television debut with the 1990 drama series ‘Chancer’.

A year later, the actor joined the Royal Shakespeare Company where he performed in the production of ‘Hamlet.’

In the year 1994, he landed a film role in the horror drama film ‘Mary Shelley’s Frankenstein’. Two years later, Bonneville starred in the short-lived sitcom ‘Married for Life’. In the ensuing years, he had roles in the television series ‘Get Well Soon’ and ‘Mosley’. He ended the decade with an appearance in the romantic comedy-drama flick ‘Mansfield Park’.

Then, Bonneville began the 2000s with an appearance in the comedy series ‘Take a Girl Like You’. Adapted from Kingsley Amis’ 1960 novel of the same name, the series was broadcast in three hour-long episodes. In the ensuing years, he featured in many TV programs including ‘The Cazalets’, ‘Courting Alex’, and ‘The Robinsons’. Whereas, from 2008 to 2011, he narrated the observational documentary series ‘Country House Rescue’.

During this time, Bonneville also had roles in the movies ‘French Film’, ‘Knife Edge’, and ‘From Time to Time’. Also in 2011, he began narrating the documentary ‘The Hotel’ and joined the cast of BBC’s comedy series ‘Twenty Twelve’.  He was also cast as Mr. Henry Brown in ‘Paddington’ (2014), a live-action animated comedy movie based on the character Paddington Bear created by author Michael Bond.

He reprised his role in Paddington’s sequel ‘Paddington 2’ which was released in 2017. In 2015, Bonneville started narrating the animated series ‘Sofia the First’. Since 2016, he has been serving as a narrator for ITV’s reality series ‘The Cruise’.

He won an award for Actor of Iris (2001) at New Talent Award, he won Best Actor for French Film (2008) at Jury Prize. Likewise, he won Outstanding Performance by an Ensemble in a Drama Series for Downton Abbey (2010) at Screen Actors Guild Awards.

He has an estimated net worth of around $8 million (as per 2020 data) and he has earned that sum of money from his professional career. His successful acting career has helped him in earning fame and fortune.

Hugh Bonneville has a height of 6 feet 2 inches and he weighs 68 Kg. His hair color is grey and his eyes color is light brown.