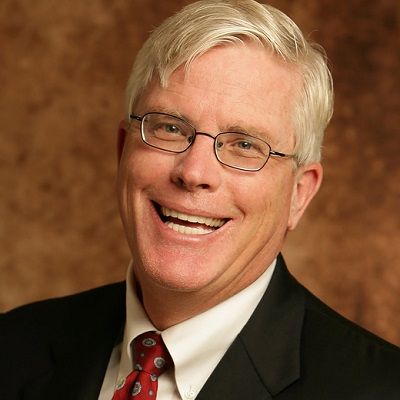 Some friendships fade. Others dissolve under stress or disagreement. Still other friends just leave. Those that stick, however, are almost irreplaceable

and the sadness of long life is losing friends.

I don't know how one can endure all the sorrows of life without repairing to gratitude. There is such inevitable grief that the practice of gratitude is all that can provide the necessary armor.

Nurturing gratitude is preparation for the worst of days, the building of a compass that will be necessary to get back to life after the deep sorrow abates.

Hugh Hewitt is married to Betsy Hewitt. Betsy is a social worker.

They first met in fundraising program for the Republican, Pete Wilson. On the 10th of July 1982, they were married.

Together, they have three children, Will, Diana, and James.

Currently, he lives in Orange County, California with his wife.

Apart from his love life, Hewitt is quite passionate about Notre Dame football and running as well.

Who is Hugh Hewitt?

Hugh Hewitt is a lawyer and journalist. He is renowned as the host of The Hugh Hewitt Show for the radio network SRN. The show has more than two million listeners.

He is a former Assistant Counsel for the White House. Currently, Hewitt is serving as the president and CEO of the  Richard Nixon Foundation.

Apart from this, he is also a columnist and blogger.

Hugh Hewitt was born on February 22, 1956, in Warren, Ohio, U.S. to William and Marguerite Hewitt. They are of Irish- English ethnicity.

He has a brother who is married.

Later, he graduated from Harvard University, Cambridge, Massachusetts with Honors in Arts. In 1983, he received a J.D from the University of Michigan Law School, Ann Arbor.

After graduating from Harvard, Hugh started his career as the ghostwriter for Richard Nixon.

In 1989, he joined Richard Nixon’s Presidential Library and Museum as the library’s executive director.

Later, in 1990, he left the organization and started practicing law. He also worked as the host of a radio talk show for radio station KFI during weekends.

Subsequently, in 1992, he joined KCET’s nightly news and public affairs program as a co-host for 9 years.

He also serves at the Chapman University School, Orange County, California as a law professor. Currently, he teaches constitutional law at the university.

He also founded the legal scholarship of the Nexus Journal of Law and Policy.

In 2019, he rejoined Nixon Library as the President and CEO of the Richard Nixon Foundation.

As the president of the organization, he is working on opening a Nixon Foundation office in Washington.

For six years, he worked for the Reagan administration in many posts including Deputy Director of the Office of Personnel Management and Special Assistant to the Attorney General.

He has penned more than a dozen books. Some of his books along with the year are-

He also serves as a columnist for news websites like The Washington Examiner and Townhall.

His weekly column appears on such websites. His regular blogs appear on his official website.

In the show, he used to conduct interviews with political personalities and provide commentary on current affairs.

Apart from it, he also earns as an author.

In 2015, During the CNN debate, he questioned presidential candidate Ben Carson if he would order military strikes which could kill more than a thousand children. For the action, the audience snorted at him.