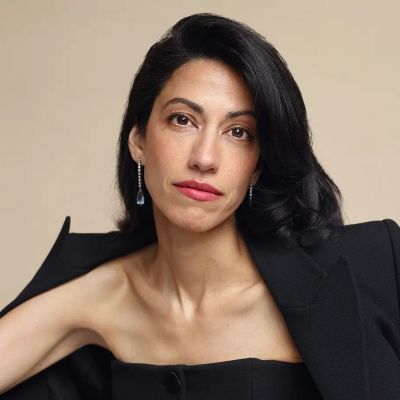 Huma Abedin confirmed the dating rumor that had been going on for a while official with Bradley Cooper!

At the moment, Huma Abedin is dating an American actor, Bradley Cooper. The duo made an official announcement about their relationship on July 2022.

Who was she dating in the Past?

Previously, she was married to an American former politician, Anthony Weiner.

Firstly, they got engaged in 2009 and took their relationship forward with marriage on July 10, 2010. Their wedding was even attended by Bill Clinton.

During their togetherness, they became parents to a  son named Jordan Zain Weiner, who was born in December 2011.

After the sexting allegations were made against Weiner, she announced her from him on August 29, 2016. After he was proved to be guilty, she filed for divorce on May 19, 2017.

They have not officially ended their marriage yet. According to the sources, it is known that their divorce is in its final stages.

Who is Huma Abedin?

Human Abedin is a political staffer who served as an intern in First Lady Hillary Clinton’s office in 1996. She was even vice chair of Hillary Clinton‘s 2016 campaign for President of the United States.

Currently, Abedin is stealing the limelight after the news of her affair with American actor and filmmaker, Bradley Cooper broke out.

The political staff was born on July 18, 1975, in Kalamazoo, Michigan, the United States. As of 2022, she is 46 years old holding an American nationality.

She was born to her father, Syed Zaynul Abedin, who was Indian, and her mother,  Saleha who was Pakistani. That’s why she maintains Indian and Pakistani mixed descent.

When she was two years old, her both parents were given an offer to work at the University of Jeddah, based in Saudi Arabia. Later, her father died due to progressive renal failure while she was 17 years old.

Talking about her siblings, Abedin has a sister and a brother.

As per her academics, she graduated from George Washington University, with a degree in B.A by taking journalism as a major.

From 2009 to early 2013, she served as deputy chief to Clinton during her tenure as the 67th United States Secretary of State.

In 2010, TIME magazine placed her on the “40 under 40” list of a “new generation of civic leaders” and “rising stars of American politics.”

She faced various problems and even Michele Bachmann and four other Republican members of Congress mentioned that her mother, father, and brother were linked with operatives/and or organizations of Society.

While she was working in the State Department, the Benghazi attack happened in 2012. On October 16, 2015, she appeared as Clinton’s aide and former senior official of Clinton prior to the Benghazi getting selected by the House Committee.

During her tenure in the State Department, she began to serve as a director of the transition team. She even founded Zain Endeavors LLC, a private consulting firm.

As per the February 2016 report of The Washington Post, the United States Department of State assigned a subpoena to the Clinton Foundation in 2015’s Fall. Later, she even indulged in Hillary Clinton’s emails and controversies.

As per the FBI, the sexting scandal of Huma’s husband was found, which included a 15-year-old girl. After this, the FBI Director reopened the case regarding the email controversy and checked the e-mails sent by Huma from her laptop.

On October 30, 2016, they obtained a search warrant and started implementing it. However, Huma made good cooperation with the investigating officials. The probe got closed later.

Apart from being a political server, she is an author as well. In 2021, Her book, “BOTH/AND: A Life in Many World” was released. In the book, she has described her early life, her belief in Islam, her tenure with Clinton, and her ex-husband.

As of 2022, Human Abedin has a net worth of around  $4 million. This is her earnings from working as a political staffer as well as an author.

Currently, Abedin is stealing the limelight after the news of her affair with American actor and filmmaker, Bradley Cooper broke out. Though, the couple has not officially confirmed the news yet.

The political server stands at the height of 5 feet 9 inches weighing around 61 Kg.

Talking about her physical appearance, she has black eyes and hair in her fair skin tone.

Regarding her social media appearance, Huma Abedin is present on Instagram under the username, @humaabedin. Her Instagram has garnered more than 36.7K followers.

On the other hand, She has a Twitter account that has around 82K followers. There is also an official Facebook page under her name, which is enriched with more than 1.4K followers.