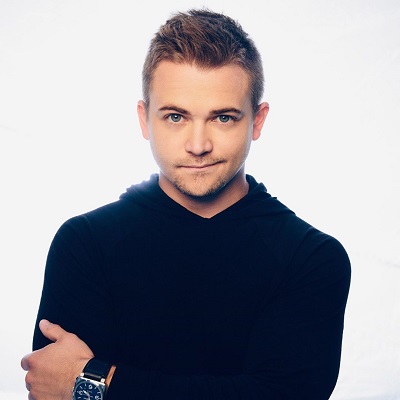 What I want people to hear is the person that lives and breathes music.

Music's kind of my only way of communicating, it says a lot of things that I can't say, and that's how I say everything I need to say.

It's an amazing thing to be loved and appreciated, and sometimes, music has not just been my best friend, it's been my only friend.

Hunter Hayes last confirmed his status to be single.

Previously, he was dating Libby Barnes. The ex-girlfriend of Hunter is also a music artist by profession. They started dating back in 2014. At the time, they were spotted together in the 2014 CMA Awards.

However, they are no longer together. They broke up with each other back in the summer of 2018.

As of now, he has moved on with his previous relationship and seeing a potential partner now.

Who is Hunter Hayes?

Last, in 2019, he went on the tour, Closer To You along with Levi Hummon and Tegan Marie.

Hunter Hayes was born on the 9th of September 1991 in Breaux Bridge, Louisiana. His father, Leo Hayes, and mother, Lynette Hayes are of Mixed (French-British-Scottish-Irish-Germanic) ethnicity.

He happens to the single child of his parents.

– Hunter Hayes started his career at the tender age of 2. Since childhood, he appeared in he used to make his appearance in the local and national television shows that include Maury, Rosie O’Donnell Show, and Figure It Out.

– When he was 6, he received his first guitar from the actor, Robert Duvall. One year later, he performed for the president, Bill Clinton in the White House lawn party.

– On the 8th of October 2000, he launched his first studio album, Through My Eyes. Moving Forwards, he released more independent albums including 2001- Make a Wish, 2003- Holidays with Hunter, and 2008- Songs About Nothing.

– In 2008, he signed with Universal Music Publishing Group as a songwriter. As a songwriter, he co-wrote the album, Nothing Like This for Rascal Flatts. Later, in September 2010, he signed Atlantic Records as a singer.

– On the 11th of October 2011, he launched a self-titled major debut album. The album peaked at the 1st position in the US Billboard Top Country Albums and also received 2X platinum certification.

– Later, in 2012, he released his second singles, Wanted in March 2012. The singles earned 5x platinum certification.

– In 2013, he was nominated for three Grammy Awards making him the youngest artist to be nominated in all three categories.

– After that, in 2015, he released his third album, The 21 Project. The album peaked at the 16th position in the Billboard Country Albums. Moving forward, he launched his fourth studio album, Wild Blue (Part I) on the 16th of August 2019. The album happens to be the first part of the trilogy.

– Last, he appeared in Fox’s reality singing show, The Masked Singer as an astronaut.

Besides that, he earns through royalties of his albums too. Apart from that, he also makes through his tours and musical concerts too.

As of now, he has managed to keep his clean image. Till the date, he is far from any kind of controversy. Similar goes with the rumors too.

However, he has been in the headlines when he revealed his identity in the TV series, The Masked Singer. The singer was last eliminated from Fox’s singing reality show, The Masked Singer.  In the show, he appeared as an astronaut. The episode was aired on the 29th of April.

Hunter Hayes is a blue-eyed Auburn. His height is 5 feet 6 inches and weighs around 65 kg.

He also has a self-titled YouTube channel with more than 748k subscribers and around 240.5 million views.