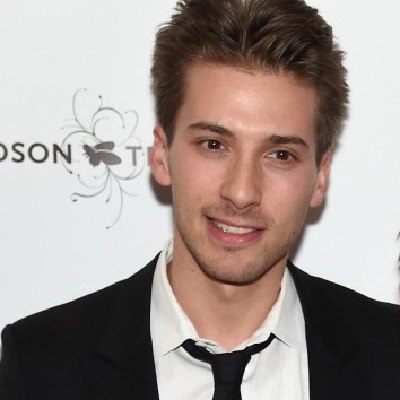 Hunter Johansson’s current relationship status is possibly single. As of now, he has not introduced anybody as his girlfriend or partner.

Who is Hunter Johansson?

Hunter Johansson is a former actor and philanthropist. He is renowned as the younger brother of the actress, Scarlett Johansson.

Also, he is a co-founder of the non-profit organization, Solar Responders.

Hunter Johansson was born on 22nd November 1984 in New York City, New York, United States. His birth name is Hunter Austin Johansson. He is of Mixed (Jewish, Ashkenazi, and Swedish) ethnicity with Poland and Russian roots.

He is the son of Karsten Johansson and Melanie Sloan. His father, Karsten is an architect by profession originally hailed from Copenhagen, Denmark. Whereas his mother, Melanie is a film producer by profession. His parents parted their way via divorce when he was 13 years old.

He has three siblings including two elder sisters; Vanessa and Scarlett Johansson and a brother, Adrian. They are actors by profession. Also, he shares the same birth date with her twins’ sister, Scarlett. Also, he has an elder half-brother, Christian Johansson.

Moving toward his academics, he is a graduate of the University of Vermont in Burlington, Vermont. Last, in 2019, he graduated from New York University with Honors in Public Administration.

Hunter Johansson started his professional career as an actor and model. In 1996, he made his acting debut with the movie, Manny & Lo. As a model, he has modeled for smaller brands like Tods. However, his modeling and acting career didn’t take off.

After the short-acting career, he shifted his career to politics. In 2008, he worked on President Obama’s campaign and reelection. Later, he also worked as a community organizer at President Scott Stringer’s office in New York.

In 2017, he protested the election of U.S President Donald Trump. For that, he also shared a picture of resistance via Instagram.

As of now, he is busy with his philanthropy works. As of now, he is associated with the non-profit organization, Solar Responders as CEO. Along with the organization, he helped in solving the electrical problem caused due to Hurricane Maria which knocked out power to 100% of Puerto Rico by maintaining the solar panel and battery storage system.

Apart from that, he has also managed the community based non-profit organization, Friends of Rockaway as a client service manager. Along with Scarlett, he has hosted several funds raising for natural disaster relief.

Talking about net worth, his sister, Scarlett has an estimated net worth of $80 million.

Hunter Johansson has brown eyes with light brown hair. He stands at height is 6 feet 3 inches and has a decent weight with a slightly built body type.

Talking about his appearance, he charming persona with oval-shaped facial features. Also, he prefers to have slightly grown facial hair.

To the date, he has not been through any sort of controversy and scandals that created a buzz in the media. Besides that, he has also managed to maintain distance from any type of rumors.

On the social media platform, he is following the personalities like Don Saladino, Ana Navarro, and Jamaal Bowman.