Updated On January 26, 2023 | Published By: Prern Muir | In Career , Married , Relationship
Share this 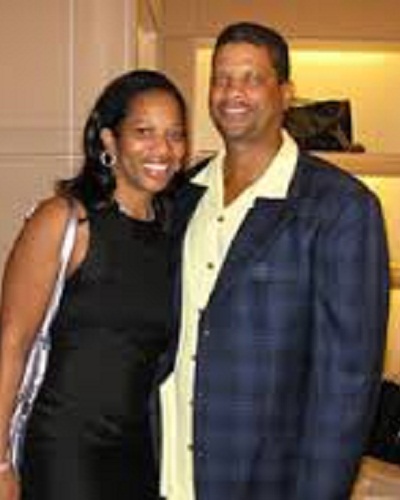 The story behind the scene

“When I told [Eddie], I said, ‘They want me to do this reality show’ at the time we didn’t know it was Housewives, we were thinking maybe it could be Housewives — and so he said,

“It was not the answer I was expecting. So when he said it, I was devastated. Like I literally gave up my career twice because of his career.”

Jackson ended up joining the series in its debut season last year and later revealed that Jordan stopped speaking to her once the show aired.

Still, Jackson doesn’t seem to regret her decision. She stated:

Charrisse Jackson has been candid about her marriage woes with her husband, former Rutgers men’s basketball head coach Eddie Jordan, this season of ‘The Real Housewives Of Potomac’.

The basketball wife even went so far as to say that she was going to divorce her hubby of more than 18 years. So has Charisse gone through with filing for divorce, or has the couple been able to work things out since those emotional moments on RHOP this season?

Charisse revealed that she has not yet filed for divorce during her appearance on Sunday’s Watch What Happens Live.

However, it doesn’t seem like Charisse and Eddie have been in close communication lately. When asked if her husband has gotten a new job after being fired from his coaching position at Rutgers earlier this month, Charisse told Andy Cohen,

The reality star opened up about her new single life in an interview with Uptown Magazine in March.

“What’s new? I guess the new part is that I’ve come to terms with my relationship. I’m embracing Charrisse  and trying to find what makes Charisse happy.”

“It was not the answer I was expecting. So when he said it, I was devastated. Like I literally gave up my career twice because of his career. We moved to California, then New Jersey, Maryland, Philly, then back to Maryland, and now I say a few words, and you’re going to say to me divorce if I do this? So it kind of put me in a different space of, ‘Now I really want to do this.'”

Charisse said before going into Season 1 of RHOP, she had experienced a few deaths in her family and thought the show would be something that could lift her spirits. She said when Eddie brought up the D-word,

Charrisse Jackson is an American reality star, best known for her appearance on the reality TV series The Real Housewives of Potomac. More Bio…