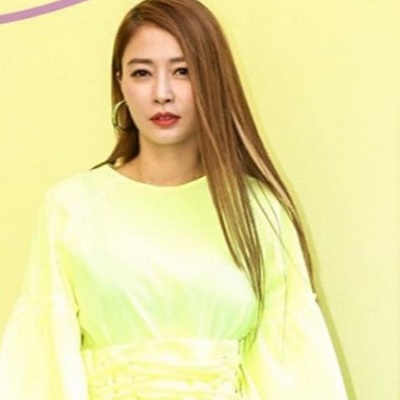 Around the year 2010, she had an affair with Kim Hyun Joong.

Moreover, she likes and participates in community activities and does charity works.

Hwangbo is a South Korean singer and actress. Hwangbo is well-known for Korean dramas Between Miss and Ma’am and Could Love Become Money.

She won the 2009 Korean Culture and Entertainment Awards for K-Pop Division Award.

Hwangbo Hye-jeong was born on 16th August 1980 in Seoul, South Korea. She is the daughter of Hwang Bo-seong and Bae Yun-hee.

Before her singing career, she worked in a pasta restaurant where she was discovered by Lee Sang-min. In the year 2000, she debuted as a part of the female group Chakra.

Hwangbo became the leader of the group and appeared in shows like X-Man and Love Letter.

After a year of release of R2song, another digital single I’m Still Beautiful was released in October 2010 which topped several popularity charts in Canada.

In the year 2011, she appeared in the Seoul Broadcasting System comedy Oh My God. After that, in November, she participated in the musical Nun Feeling.

Hwangbo participated in the Maeil Broadcasting Network drama Can Love become Money on the lead role.

At present, she appears as a recurring guest on various shows like Knowing Bros.

She is a part of a charity group Compassion since the year 2007. Compassion helps people seeking refuge in Seoul.

She is a black-eyed-brunette. Hwangbo is 5 feet 5 inches.

You may also read the age, parents, career, net worth, body measurement and social media of Krystal Jung, J.Fla, and Bae Suzy