“I lost my virginity through rape”-Amy Schumer talks about gray area rape on the Oprah show! 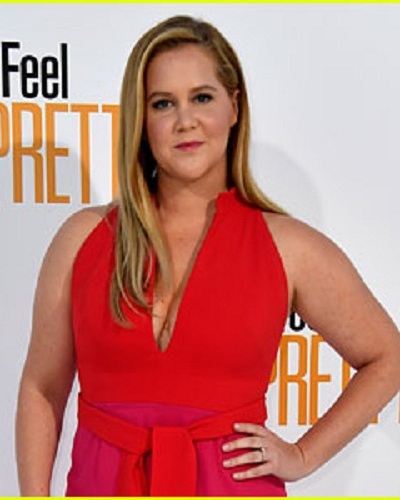 Rape revelations are increasingly been done by celebrities on mass media, interviews, and social media. Famous people are opening about these bad and past experiences in their life in order for people and their fans to be aware of such issues which they could face in their life.

It is an eye-opener for them and for those who have this unfortunate experience in their life this sharing of information by the celebrities would inspire them and make them not feel alone.

Amy Schumer is the most recent celebrity who has talked about the ‘gray area rape’ or ‘grape’ as she calls it. The American stand-up comedian said that it was her abusive ex-boyfriend who did it.

Update: Amy is married to Chris Fischer on 13th February 2018. The couple welcomed their first child, Gene David Fischer in 2019.

Amy was giving an interview with the famous media queen Oprah Winfrey on her TV show called Super Soul Conversations. She used this platform to give details about the incident which had occurred many years back but which she has never forgotten. She is a rape survivor and had mentioned it in her stand-up comedies but never so much in detail.

In her stand-up, she would say:

She hoped that a few guys would understand what she meant and try to follow it.

Amy said on the show:

“When we hear about rape when we’re children, and we’re being warned about it, it’s about a guy popping out from a bush…and some villain. They don’t say it’s probably gonna be a guy you know really well. It could be your husband. It could be your friend. And so you think, when that happens you, you say, ‘OK, this isn’t someone I want to see rotting in a jail cell, but what he did to me was wrong, and I didn’t consent.’ And for me, I lost my virginity while I was asleep. And that’s not OK. So, in my standup I would say, ‘If she’s asleep, that’s a no.’ Just hoping that a couple guys would see that and it would be met in that moment, like, ‘This is a no. I heard that somewhere.’

She wanted people to laugh while they learned.

Amy was a teenager when her ex-boyfriend assaulted her sexually in her sleep. Narrating the incident, Amy said:

Amy had loved him and did not want him to feel bad. She continued:

“I loved him, and I had to comfort him. I also felt really angry…It’s like a rage that has stayed with me. I don’t think you lose that. You know, as women we’re really trained not to get angry because that makes people dismiss you right away. There’s sort of no place for that anger. But I felt I wanted to comfort him because he felt so bad and he was so worried. And I just tried to push my anger down.”

You may like to read Out of action! Amy Schumer is down with a kidney infection and cannot attend the promotional events of her upcoming film!

Her relations later with this abusive ex

Amy mentioned that the couple had consensual sex after this incident. But it did not negate the initial assault. She feels that it should not give ammunition to people who call women liars.

“With the statistics—I think it’s one in six women is sexually assaulted—well, those statistics don’t match up! If one in six of us is raped, and you’re doubting all of us…where are the numbers matching up here, you know?”

“I personally feel like I lost my virginity through rape. I didn’t consent. We hadn’t discussed it. We weren’t there in our relationship. We weren’t at that moment. And we talked about things.”

Amy felt that it was a deep betrayal from someone she had trusted.

Amy Schumer possesses American nationality and is an actress. She is an acting queen who is active in both, films and TV. Multi-talented Amy is also a stand-up comedian. Additionally, she is also a producer, writer, and theater artist.

Presently, she is a prominent figure among the media as one of the best comedians of this time. She is best known for the TV series, “Inside Amy Schumer”. Furthermore, she became more popular among the audience after giving an outstanding performance in the film, “Trainwreck”. More Bio…