Updated On January 29, 2023 | Published By: sonika shrestha
Share this
Single 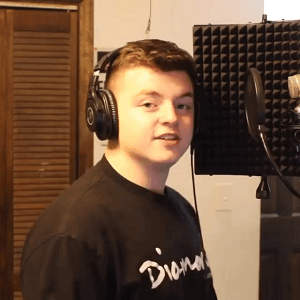 What is the relationship of Iamtherealak?

Austin Kassabian is currently single. There is no information on his relationship details. Even if he is dating someone, there is nothing mentioned or known about who his girlfriend is. He likes to maintain his personal life private and focus on his career for the time being.

Iamthrrealak is a Youtube star, rapper, and musical artist.

He came to fame after he rapped 16 YEAR OLD KILLS PANDA REMIX!!!, which earned 22 million views. He became viral overnight after he uploaded the video and gained a million subscribers on his channel.

Austin Kassabian was born on 18th July 1999, in South Brunswick, New Jersey. There is no information on his mother’s and father’s name.

His ethnicity is unknown and his nationality is American. He has a sister, Amanda, and a brother, Todd. He was fond of singing since he was a kid.

Austin attended South Brunswick High School. There is no information on which subject he majored in through any sources.

Austin Kassabian used to sing and used to record the videos. Then he opened his YouTube channel on 29th June 2016.

To date, he has uploaded 25 videos overall but none of his videos are as hit like his first video titled, ’16 YEAR OLD KILLS PANDA REMIX!!!’.

The video became so viral that he became an overnight star which helped him gain 1 million subscribers. that particular video has over 22 million views.

Iamtherealak: Salary and Net Worth

However, the 18-year-old Youtube sensation’s net worth and salary are not available through any sources.

Iamtherealak has maintained a low profile. He, being such a viral star has not had any rumors or controversy regarding his personal and professional life.

Austin’s hair color is golden brown and their eye color is brown. His height, weight, shoe size, etc. are not known.

Iamtherealak is active on social media.