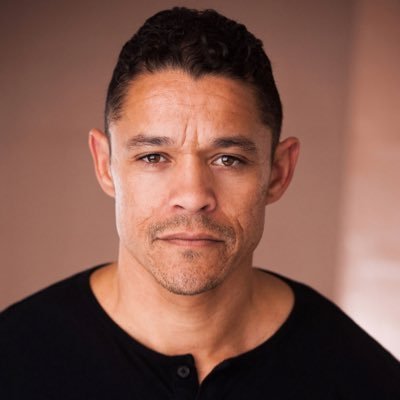 Ian Casselberry’s relationship status is possibly single. The information about his dating or having an affair is not yet revealed.

Who is Ian Casselberry?

Recently, he was seen in a horror-mystery movie titled Body Cam as Kevin Ganning.

He was born in the USA and his birthdate is 03 May 1979. The name of his mother and his father’s name is also behind the curtain.

But on the occasion of Father’s day 2020, he posted his dad’s photo on his IG account.

Ian’s ancestry is Hispanic and talking about his academics, he has hidden the details.

Ian Casselberry’s got more fame after appearing on the Netflix series On My Block. He played the character of Ray for seven episodes. His other notable roles were in Snowfall (2019) as Officer Vicks, Shots Fired (2017) as Rivera, and Nikki & Nora: The N&N Files (2013) as Ace.

Ian’s other acting appearances are,

As of now, his estimated net worth of around $500k. However, his salary and other earnings are unknown.

This On My Block star is keeping himself away from rumors and is also not surrounded by any desperate scandals.

Regarding Ian Casselberry’s body features, his height is 5 ft 10 inches and his body weight is of average shape.

Moreover, his eyes are dark brown and his hair color is black.