Ian Chen is an actor and singer who was on Fancy Nancy, A Dog's Journey, etc.

Ian Chen’s relationship status at present is possibly single. He is too young to be in any romantic attachment. 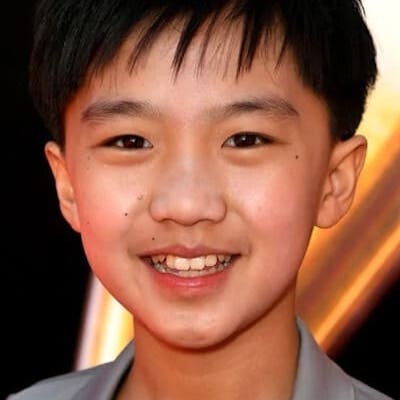 Who is Ian Chen?

Ian Chen is an American actor and singer. He is popular for appearing in Fresh Off The Boat, Fancy Nancy, A Dog’s Journey, etc.

He will be seen in the upcoming DC movie Shazam! Fury of the Gods as Eugene Choi. As a singer, he has sung in several charity programs.

His birthdate is 07 Sep 2006 and he was born in Los Angeles, California, the United States. The name of his mother and his father’s identity is not revealed.

But they are Taiwanese immigrants. Further, Ian’s ancestry is Asian and has a brother named Max. As per his academics, the details are yet to be revealed.

Ian Chen started his acting journey in the year 2013 and is still active. He debuted with a Tv series Modern Family but only for an episode.

Then he was seen in Grey’s Anatomy, Dr. Ken, *Loosely Exactly Nicole, etc. But he is mostly known for doing 116 episodes of a sitcom, Fresh Off The Boat as Evan Huang. His other notable roles can be seen in The Rocketeer as Logan and Fancy Nancy as Jonathan.

By the 2021’s data, he has an estimated net worth of $1.5 million. However, his per month salary is not yet calculated.

This Fresh Off The Boat actor is keeping himself away from scandals as well as rumors.

Ian Chen’s height is 5 ft 7 inches and his body weight is 48 kg. Adding more, he has dark brown hair and also has eyes in dark brown color.

Ian is officially present on social sites such as Facebook with over 154k fans. Also, on Instagram and Twitter, he has over 73k and 21k followers respectively.