Ian being born in the U.S. is an American national. He is a sports commentator.

Ian is a married man. He is in a marital relation with his beautiful wife, Alisa Beth Terry. The couple married a long time ago. The exact date of the marriage and place of the marriage ceremony is not known. They have two children together.

Currently, they are living happily in Essex Fells without any sign of separation. 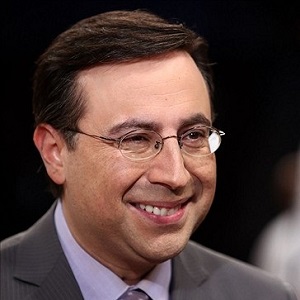 The internet has] already had a huge impact in the sports world, and the play-by-play guys that are not paying attention to it are losing out. They're losing out on getting the real pulse of a game that they're covering. My point with blogs and with podcasts is that it can't be the basis of your prep work, there has to be much more. We understand that. But, it has to be at least a part of what you're doing. If you're not paying attention to it, then you're not seeing the full picture.

Who is Ian Eagle?

Ian Eagle born in U.S. is an American national. He is a sports commentator. Additionally, he is a popular figure as the sports announcer for National Football League for CBS. He is active in this field since 1992.

He also does sports commentating on Yes Networks. Presently, he is a prominent figure in the media as one of the talented sports announcer. He has nicknames like ‘Bird’ and ‘Birdman’.

Ian was born in Essex Fells in the state of New Jersey on February 9, 1969. His nationality is American and ethnicity is North American.

He grew up in his hometown. He was born to entertainer father and a comedian/actress mother. His father name is Jack Eagle. And the named of his mother is Monica Maris.

Similarly, as per his education, he attended some high school. Afterward, he enrolled at Syracuse University. Later he graduated from there with the degree of BA in Journalism in 1990.

Ian initiated his career in 1992. He has been indulged in the profession of sports announcer and sports commentator. He worked as the commentator for different sports like basketball, football, tennis, and others. In the initial stage, he served as the announcer for basketball, tennis, and football for a radio station, WAER. WAER was a student-run radio station. Afterward, he worked as a producer for WFAN. Later he began working as an announcer for TV in “Sportschannel”.

After a lot of hard work, he joined CBS in 1998. Then he started working as an announcer for NFL and NCAA basketball. During his decades-long career at CBS, he has announced several other sports like tennis, and boxing. Currently, he stills works at CBS announcing NFL games and Brooklyn Nets games on YES Networks.

Ian Eagle: Salary and Net Worth

He has accumulated a net worth of‎ $3 million as of 2022. But there is no information regarding his salary.

Ian focuses on his career. Additionally, he tries to avoid talking any trash that can fuel controversies in the media. Therefore, there are no rumors that surround his personal or professional life.

Ian has the height of 5 feet 9 inches. He has dark brown hair and brown eyes. Further, there are no details regarding his body measurements. Also, his weight is not known.