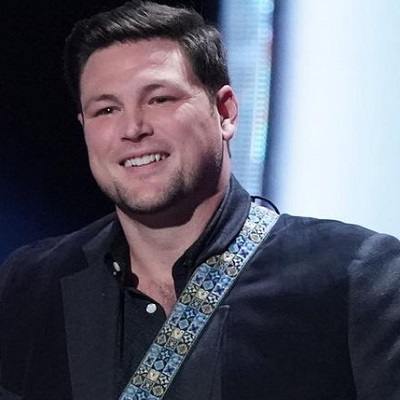 Ian Flanigan is engaged to the love of his life. On 13th October 2020, he shared a picture of her fiancee with an engagement ring.

As of now, he and his girlfriend have not disclosed their future plans to their marriage.

He has a daughter. Being a protective parent, he has not revealed the name of her daughter.

Who is Ian Flanigan?

American Ian Flanigan is a country singer. He is renowned as the contestant of the 19th Season of The Voice.

He was born in 1990 in Saugerties, New York. He is of Irish ethnicity.

As of now, he has not shared any details on his family background including his mother, and siblings. His dad, Mike Flanigan is a retired police officer.

He has shared the picture of his father via an Instagram post on the occasion of the father’s day. Also, details on her academics are not available.

As a music artist, he came into the limelight after his audition on the 19th season of The Voice. Prior to that, the singer used to travel a lot in the various part of the country performing as a country singer.

As the completion of the blind auditions, he became one of the top 40 artists to be selected for the show and 12 to be in Blake’s team. In the eighth episode, he battled against fellow teammate, Aaron Scott singing the song, Have You Ever Seen the Rain? In the episode, he came out as victorious and advanced in the four-way Knockout.

As of now, he is looking forwards to his journey in the show and his music career.

Ian Flanigan has brown eyes with brunette hair. His height is around 6 feet and has a decent weight.

Talking about his appearance, he has a charming persona with square-shaped facial features. Also, he prefers to have slightly grown facial hair.

To date, he has not been involved in any type of scandal and controversy that created headlines in the media. Also, he has managed to maintain distance from any type of rumors.

He also has a YouTube channel, Ian Flanigan – FlaniVan Tours with over 1.15k subscribers and 61.8k views.