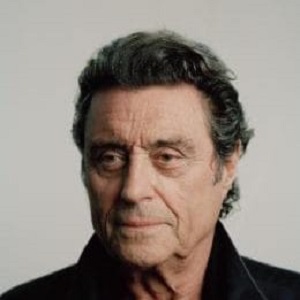 You set paths for yourself, but as you get older, things change.

I don't believe in the death penalty, but I understand personal vengeance.

What is the relationship of Ian McShane?

Ian McShane has been married three times in his life. His first wife was Suzan Farmer, an actress. They got married in 1964 and divorced four years later in 1968. After that, he got married for the second time to Ruth V. Post in 1968.

The couple was together for less than a decade. They had two children named Kate McShane and Morgan McShane.

later on, Ian got married for the third time on 30 August 1980, to Gwen Humble, an actress.

The couple has been married for almost 37 years now and their relationship is going very well.

The couple doesn’t have any children.

Who is Ian McShane?

Ian McShane is an English actor and voice artist.

He is best known for playing the lead character Lovejoy in the British television comedy-drama mystery series Lovejoy from 1986 to 1994.

Ian is also well known for his role as Al Swearengen in Deadwood (2004–2006) and Blackbeard in Pirates of the Caribbean: On Stranger Tides (2011).

He currently portrays Mr. Wednesday in the series American Gods.

He is the son of Scottish footballer Harry McShane(father) and Irene McShane(mother).

His father was Scottish and his mother was of Irish and English descent.

He is British by nationality and is of Scottish, Irish, and English ethnicity.

He studied at the Royal Academy of Dramatic Art. He was still a student there when he appeared in his first film, 1962’s The Wild and the Willing. At that time, he was a member of the National Youth Theatre.

Ian McShane began his acting career in 1962 while he was at the Royal Academy of Dramatic Arts.

His first acting role was as Harry Brown in The Wild and the Willing (1962).

He made his TV acting debut playing Frank Barnes in Spanner in the Grass Works in 1964.

For his performance in the series, he won the “2005 Golden Globe Award for Best Actor in a Television Drama”. He was also nominated for the 2005 Emmy Award and Screen Actors Guild Awards.

In 2010, McShane starred in The Pillars of the Earth as Bishop Waleran Bigod.

His other movies are The Hollow Point, John Wick: Chapter 2, and Jawbone. Since 2017, he appears as Mr. Wednesday in the Starz series American Gods.

As of 2022, he has a net worth of 10 million dollars. but his salary and other incomes are not revealed.

Ian McShane has a height of 5 feet 7 ½ inches and his weight is unknown.

His hair color is grey and his eye color is brown. His shoe size is unknown.

To know more about Kathryn Harrold, Monica Keena, and Zelda Williams, please click on the link.