Ian Reed Kesler at present is a married man. Though he has not shared the names of his wife as well as kids, he often shares their pictures on his Instagram post.

On 10 May 2021, his picture where his spouse held their children (a son and a daughter) was loved by his fans. 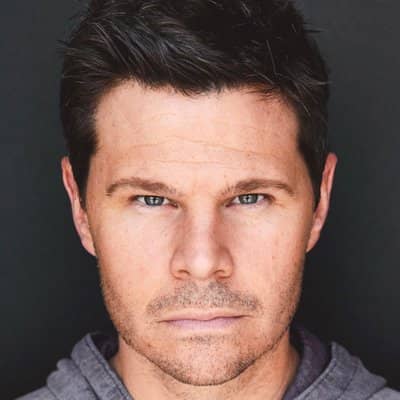 Who is Ian Reed Kesler?

Moreover, he is popular for featuring in the TV series Sydney to the Max playing the role of Max Reynolds. As a director, he directed a total of three episodes of the same show in 2019, 2020, plus 2021.

His birthdate is 13 Feb 1977 and he was born in Birmingham, Michigan, the United States. The name of his mother and his father’s identity is also hidden.

Further, his ancestry is Caucasian, and as to his academics, he first passed out in high school. Then he enrolled at Albion College graduating in 1999.

His other TV projects where he was briefly featured are,

Ian has also shown his acting talents in many movies. His performances were praised in,

The star cast of the movie 500 Days of Summer (2009), Ian is keeping himself away from scandals as well as rumors.

Ian Reed Kesler has a slim body with a height of 5 ft 9.5 inches and his body weight is average. Adding some more, he has blue eyes with dark brown-colored hair.

Ian Reed Kesler is available on a few social sites and with a huge number of fans. On Instagram and Twitter, he has around 36.7k and 3.5k followers respectively.

But he is not active on sites such as Facebook, and on TikTok.

Will Friedle
Tags : (500) Days of Summer Actor Sydney to the Max