TV actor Ian Somerhalder is married to Nikki Reed and a father of one.

Ian Somerhalder is a very romantic person being in a relationship with many celebs. Ian found the love of his life, Nikki Reed, an American actress.

The couple shared a very romantic relationship and later got engaged in February 2015 and married on April 26, 2015, in Malibu, California.

The couple is happily married and has a beautiful daughter, Bodhi Soleil Reed Somerhalder together as well. His wife, Nikki gave birth to her on 25 July 2017.

In 2002 he was in a relationship with an American actress Kate Bosworth. After 2 years of relationship, Ian split and later dated Nicky Hilton Rothschild in 2004. 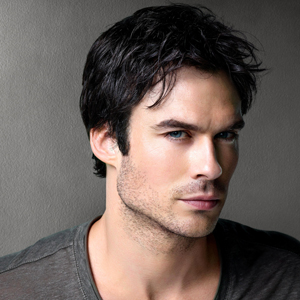 Kids are meeting in coffee shops and basements figuring out what's unsustainable in their communities. That's the future.

Who is Ian Somerhalder?

Ian Somerhalder is an American actor, model, and director. He is famous Damon Salvatore in The Vampire Diaries. He is also widely known for his role in the TV Drama Lost as Carlyle.

Likewise, he also portrayed the role of Ricky Murdoch in CSI: Miami which was cast in 2003 in the episode The Best Defence.

Ian Somerhalder was born on December 8, 1978, in Covington, Louisiana, the USA. As of 2021, he is 42 years old. His nationality is American and his ethnicity is (French, English, and Scots-Irish).

His birth name is Ian Joseph Somerhalder. Ian is born to Edna(mother) and Robert Somerhalder(father). His mother is a massage therapist and his father is an independent building contractor. Ian is three siblings with one elder brother and a younger sister.

He did his education at St. Paul’s School in Covington, a public school. Having a charming face gave him a break in his modeling career at the age of 10. He also went to New York every summer for modeling.

He grew up Boating, swimming, fishing, and training horses filled much of his recreational time.

Ian started his career as an actor from the age of 17. He was starred in the short-lived WB series Young Americans in 2000 as Hamilton Fleming. Ian also acted in The Rules of Attraction based on a novel as Paul Denton, a Bisexual character.

He also acted in CSI: Crime Scene Investigation as Tony Del Nagro in 2002. His breakthrough role was in the TV show Lost as Boone Carlyle. He did the role from 2005-2010 till the series finale. He was the character who died in the series.

His other role was in National Lampoon’s TV: The Movie, the role was unconfirmed and he was not credited with the role. He also worked as Dexter McCarthy in the film Pulse in 2006. The same year he played the role of Drifter in the film The Sensation of Sight.

In 2007, His role in the television film Marco Polo was very much praised. The same year he did the role of Nick in 6 episodes of Tell Me You Love Me.

He also worked in the television series Lost City Raiders as Jack Kubiak and in the film The Lost Samaritan in 2008. In 2009 he did two films Wake as Tyler and The Tournament as Miles Slade including a television film role in Fireball as Lee Cooper which was very praised by the viewers. His other movie role includes Officer Lewis in Caught on Tape, Agent Black in Time Framed, and Harkin Langham in The Anomaly.

Besides this, his television role in the series The Vampire Diaries as the main cast Damon Salvatore was a huge breakthrough for his career. The series started in 2009 and is running successfully till now with great success giving a huge fan following.

Ian also directed three episodes of the series which include The Downward Spiral, Days of Future Past and We Have History Together.

He won many awards including:

His total net worth is $12 million and also received $40,000 for each episode of The Vampire Diaries.

Rumors were that Ian and his wife Nikki Reed are not on good terms in case of a relationship in April 2017. They are heading for divorce as well.

And the reason is said to be Ian’s friendship with his co-star and ex-girlfriend, Nina Dobrev. But those were only rumors and they are still husband-wife and happy.

Pregnant Nikki Reed Gives Birth to a child With her husband, Ian Somerhalder: She is a bay girl!!