He initially gained recognition in 1984 as a member of the hip hop group C.I.A., which gained limited commercial success prior to disbanding three years later.

Ice Cube started going out with Kimberly Woodruff in 1985 while studying at high school. Later, they got married on April 26, 1992.

He had alluded to their love life in the lyrics of a rap song released on November 28, 1988. 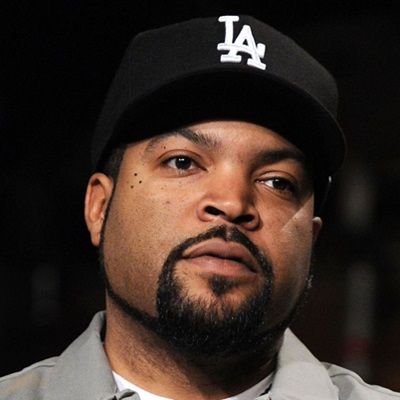 Truth is the ultimate power. When the truth comes around, all the lies have to run and hide

I really appreciate family. I really can't imagine life without them!

Who is Ice Cube?

Ice Cube is an American rapper, actor, producer, director, and writer. He initially gained recognition in 1984 as a member of the hip hop group C.I.A., which gained limited commercial success prior to disbanding three years later.

Ice alongside Dr. Dre and Eazy E then formed the group N.W.A, where he gained extreme notoriety as the group’s primary songwriter and performer.

Ice Cube was born in Los Angeles, California, the United States on June 15, 1969. His birth name is O’Shea Jackson. His father’s name is Hosea Jackson (groundskeeper) and his mother’s name is Doris Jackson ( hospital clerk).

Since his early teenage years, he also had a keen interest in hip hop music and also wrote rap songs for a keyboarding class at his school.

He has a brother as well as a half-sister who was murdered when Cube was 12. Whereas, his cousin is Teren Delvon Jones, also known as Del Tha Funky Homosapien, who is a part of the rap group Hieroglyphics and who has also worked with Gorillaz; another cousin is Kam of the rap group The Warzone.

He holds American citizenship and mixed (African-American) ethnicity. His birth sign is Gemini.

Talking about Ice’s education history, he attended The Taft High School, Los Angeles. During fall 1987, he enrolled at the Phoenix Institute of Technology, where he pursued his studies in architectural drafting. He also performed with the hip hop group, C.I.A.

Talking about his profession, on May 16, 1990, his debut solo hip hop album titled, ‘AmeriKKKa’s Most Wanted’ was released. The album was an immense commercial and critical success. In July 1990, he released a seven-track extended play (EP), ‘Kill at Will’, which is regarded as one of his acclaimed and bestselling works. The album featured the remixed single ‘Endangered Species’.

In the year 1991, his second studio album, ‘Death Certificate’ was released. In 1992, he came out with his third studio album titled, ‘The Predator’, which was a commercial success but did not receive critical acclaim. Whereas, the album featured the hit single ‘It Was a Good Day’. In the year 1993, his fourth studio album titled, ‘Lethal Injection’ was released. In fact, the album was a commercial success and featured the hit singles, ‘You Know How We Do It’ and ‘Bop Gun’.

Likewise, in 1997, he starred opposite Elizabeth Hurley in the thriller film, ‘Dangerous Ground’. The film was directed by Darrell Roodt and it did not receive good reviews. Similarly, in 1998, his fifth studio album titled, ‘War & Peace Vol. 1’ also called ‘The War Disc’ was released. The album peaked at the music charts and was also one among his bestselling albums.

In the year 2000, he came out with his sixth studio album, ‘War & Peace Volume 2’, which was one of his most successful albums that peaked at the music charts. The album featured the club song, ‘You Can Do It’. In 2002, he starred in the comedy film, ‘Barbershop’, which was directed by Tim Story.

He won the Lifetime Achievement Award, Best Black Survivor in a Movie for Anaconda (1997) at All Def Movie Award, he won Favorite Action Team for Three Kings (1999) at Blockbuster Entertainment Award in 2000. He also won Most Promising Actor for Boyz n the Hood (1991) at CFCA Award.

Similarly, he won Outstanding Supporting Actor in a Comedy Series for Are We There Yet? (2010) at Image Award. Also, he won Best Ensemble for Barbershop (2002) at WAFCA Award.

He has an estimated net worth of around $160 million. He has also done brand endorsements for St. Ides Malt Liquor (in 1993), Coors Light Beer (along with Cat Wilson).

Ice Cube has a height of 5 feet 8 inches and he weighs 84Kg. Additionally, his chest, waist, biceps sizes are 42-37-13.5 inches respectively. Ice’s hair color is black and his eyes color is dark brown.

Actor Cuba Gooding Jr. surrenders himself to the police on charges of sexual abuse of the third degree!