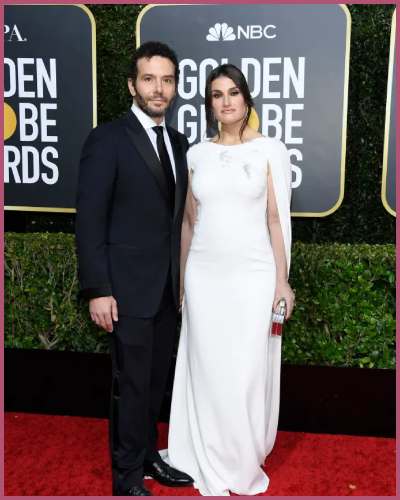 What did Idina Menzel tell about her failed IVF journey?

Idina Menzel candidly describes her unsuccessful IVF journey while trying to conceive another child in her upcoming documentary.

“No matter what the outcome, I just wanted women to feel seen in this film and people to understand what we go through? It was important to me to forgo the privacy of that and allow people to have a little window into that experience. “

Idina Menzel: Which Way to the Stage? The Broadway star who shared who shares 13-year-old son Walker with her ex-husband, Taye Diggs was continuously trying for a second baby with her second husband, Aaron Lohr but it went a disaster.

“I’m literally going through stuff that I’m shooting into my body, and I don’t know how that’s going to affect my voice. And it may force me to make extra trips to get back and forth to the doctor in addition to making trips to get home to my family. And all of that isn’t great on your body when you’re trying to have a baby.”

Menzel did not know her husband did not want to have any further children before he met her but then the couple tried their best to have a baby together. Sadly, it all went in vain.

Idina Menzel’s Grateful to have Tried for Baby no 2

The Frozen star and Lohr, 46, didn’t end up welcoming a child together as their IVF journey went disastrous as she added,

“I have this amazing son, and I was fortunate enough to have him. And the pregnancy was pretty easy and I conceived easily, and there’s a lot of people that don’t even get to have that.”

The Wicked Star Menzel also said that Lohr, an actor, is grateful that she even tried for another baby and that it made their bond stronger.

“[Lohr] feels really loved that I even tried and put my body through that. I think going through all that, you’re so exhausted by it that finally, it becomes apparent, like, ‘I don’t want to do this anymore, and it just wasn’t meant to be,’ and you’re resolved in that.”

The Queen of Broadway Idina Menzel married actor Aaron Lohr in the year 2017 over the weekend of September 22. The married couple had been dating each other after co-starring in the 2005 film adaptation of the Broadway musical Rent.

In August 2015, they bought a home together in Encino, Los Angeles a year before they got engaged on September 23, 2016.

Menzel earlier had married her first husband Taye Diggs on January 11, 2003, after meeting in 1995 during the original production of Rent. Her ex Diggs portrayed Benjamin Coffin III, the landlord in the musical.

They also welcomed a son born on September 2, 2009, she gave birth to their son. Later, they officially ended their romance with divorce in late 2013 followed by separation after 10 years of marriage.

Tags : Idina Menzel: Which Way to the Stage? Rent The frozen star